Today we visited Carlsbad Caverns National Park. We got there about 10 am and watched an interesting movie at the Visitor Center about National Park Caves.

You can travel the 700+ feet into the cave by taking an elevator from the visitor center or by entering at the natural entrance and following a path for a mile. Both ways get you to the rest area down below where there are bathrooms, snacks and some souvenir stands.

We chose to enter via the natural cave entrance. There is a nice path that goes down and down and down for a mile. It is rather steep in a few places. I was feeling the arthritis in my knees, but it was doable. Its definitely not for everyone. 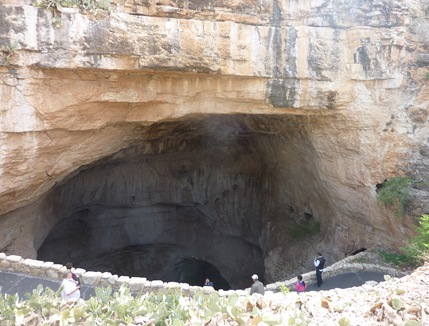 Once we got to the bottom we followed a self-guided path for another mile around the Big Room. There were a number of interesting formations to see. Both of these are columns formed when the stalactites and stalagmites meet.

Many of the formations on the ground look like coral, but they are not. They are mineral deposits formed from water dripping into the cave. 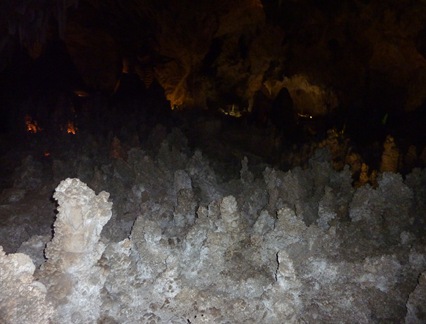 After we were finished with our self-guided tour, we waited for the ranger to guide us on the King’s Palace Tour. I had heard that tickets sell out for the ranger tours, so I had pre-ordered our tickets online. Good thing because the tours were sold out when we arrived this morning.

The ranger took us to the King’s Palace room of the caverns which is 830 feet underground. Lots of amazing formations in this area. 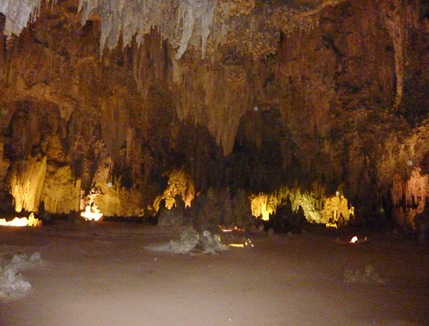 This formation is actually a very large section that broke loose from the ceiling many years ago. As the water continued to drip onto it, this flowing sheet of rock was formed. 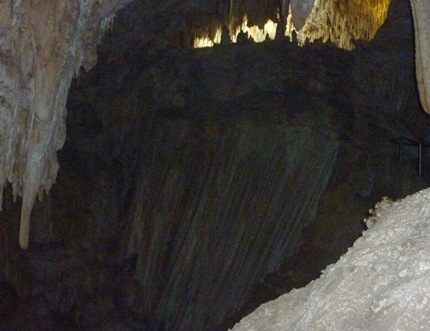 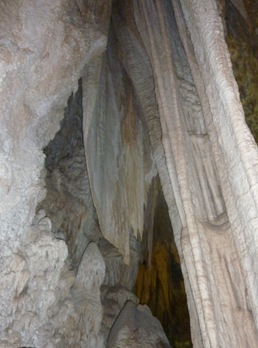 This formation is called a drape. It’s forty feet tall but only one inch thick in the center which allows light to shine through it.

At one point in the tour the ranger turned off all the lights so we could experience the total darkness of the cave. Then she let us experience cave fireworks. We all pointed our cameras at the ceiling and when she told us we all flashed our flashes at the same time. It was quite a cool experience. 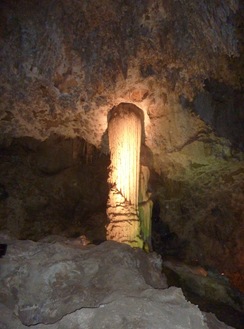 As we drove the seven miles to get to the visitor center, we noticed a great deal of burned landscape. The ranger told us that there was a fire on the grounds last summer that burned over three-quarters of the park lands. The fire was caused by someone being careless. What a shame. 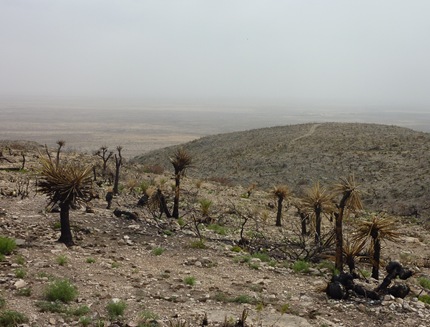 We thoroughly enjoyed our time at Carlsbad Caverns. My only regret is that we didn’t get to see the bats fly out of the cave at dusk. Thousands of bats make their home in the cave during the summer. Every night at dusk visitors are allowed to sit in an amphitheater outside of the natural entrance and watch the bats fly out of the cave. I would have loved to see that. Unfortunately, the bats don’t usually come back until mid-May. Here’s a picture of a picture I took to show you what it might look like. 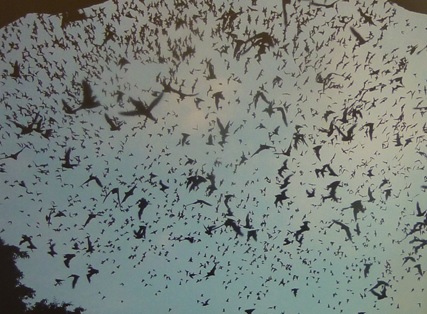 We’ve been to Mammoth Caves in Kentucky and Jewel Cave and Wind Cave in South Dakota. I can’t say that I have a favorite. Each one is different and worth exploring. Pictures definitely do not do it justice.

Posted by RV Khronicles of Kevelyn at 8:14 PM 5 comments: Links to this post