One of the activities we've been enjoying since becoming full time RVers has been visiting state capitols. We don't go out of our way, but if one should be along our route or near our destination, we definitely plan a visit. We think we've been to about ten so far. It was a very rainy day yesterday so a good day for an indoor activity.

The Kentucky State Capitol building in Frankfort was completed in 1909. This was definitely one of the nicer ones we've seen. The building and grounds are impressive and it has the rotunda which always makes a capitol so impressive. 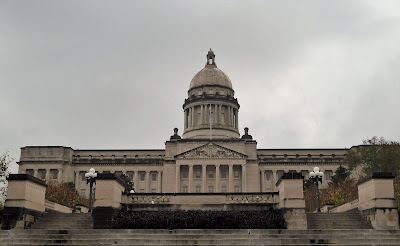 The top of the dome is 180 feet above you and has lights that change colors, which was kind of cool considering there are no stained glass windows. 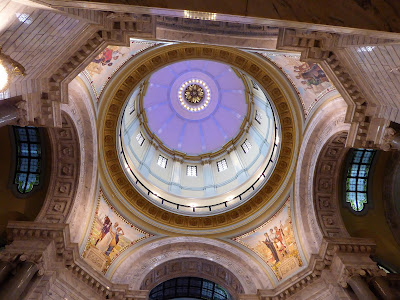 The main corridor is 300 feet long and is lined with 36 one piece columns made of Vermont granite. It was an impressive site. 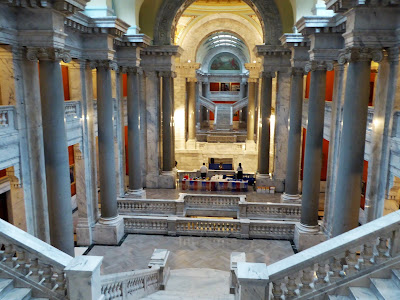 On the main floor under the rotunda there are several statues and murals. The largest statue in the center is of Abraham Lincoln who was born in Kentucky, but only lived there the first seven years of his life. 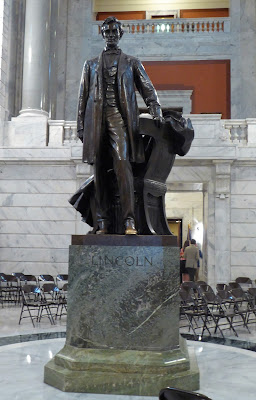 One of the other statues is of Jefferson Davis who was also born in Kentucky a year before Lincoln. He was the only president of the Confederacy. I found it interesting that both of these men born in Kentucky were technically president in the United States at the same time. 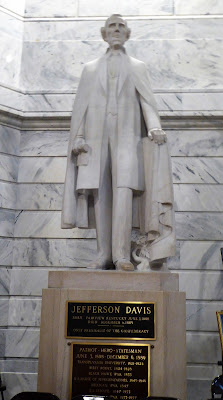 The State Reception Room was very ornately decorated. The opposing mirrors make it look like the chandelier goes on into infinity. 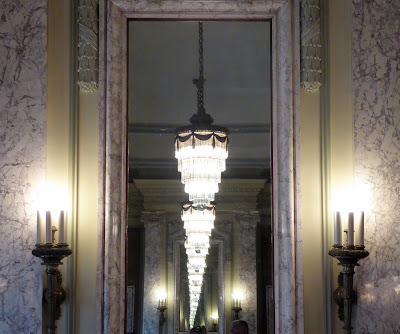 The Supreme Court Room is paneled with Honduran mahogany. This makes it the most valuable room in the capitol since wood from the rain forest can no longer be harvested. 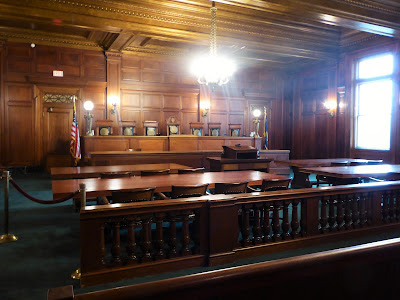 We also saw the senate and representatives chambers. Near the entrance for visitors is this huge needlepoint tapestry with a block for each of the 120 counties of Kentucky. 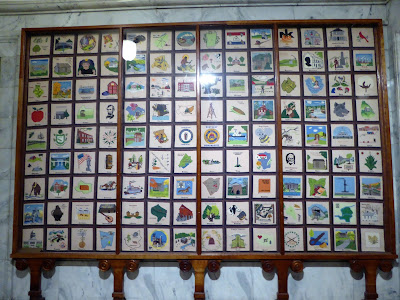 On the grounds of the capitol is this floral clock erected in 1961. It's 34 ft. across and is planted with thousands of plants which are changed seasonally. I saw a gorgeous picture of it at Christmastime planted with poinsettias. 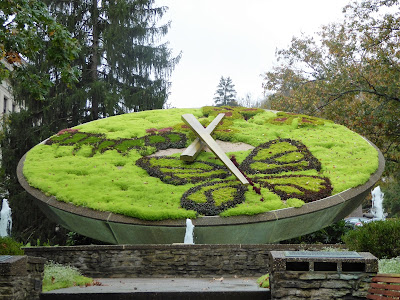 We next went to the Frankfort cemetery to see one of the graves of Daniel and Rebecca Boone. We normally don't visit cemeteries, but this story intrigued me. The Boones died in Missouri and were originally buried there. About 25 years after Daniel died, his family agreed to have both of their remains moved to Kentucky. It seems Missouri didn't keep their promise to raise an appropriate memorial at the gravesite, and Frankfort promised they would do so.

The strange part of the story comes into play when the bodies were exhumed. Some people believe Daniel was buried at the foot of Rebecca rather than next to her and some of the wrong bones were taken. Also, after 25 years only some of the larger bones remained intact. So, they are now buried in two places. Seriously! Just let the dead rest in peace!! 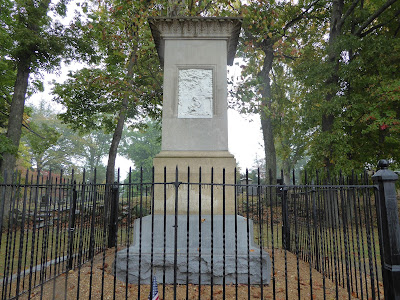 Our last stop of the day was the Kentucky Vietnam Veterans Memorial. I had read about this unusual memorial and wanted to see it. The names of all Kentuckians killed in Vietnam are engraved in granite below a huge stainless steel sundial. It is designed so that on the anniversary of each soldier's death, the point of the dial's shadow actually touches the veteran's name. Soldier's missing in action are also engraved in a separate section since there is no known date of their death.

I can imagine on a sunny day, this is an amazing site to behold. 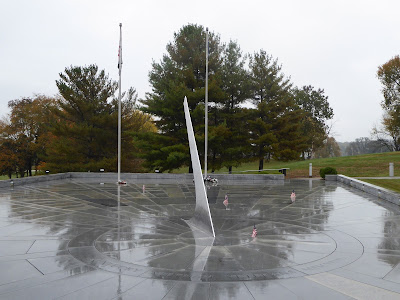 This is the view from the memorial of the capitol building. Frankfort sits in a valley. I bet its a beautiful view on a clear day. 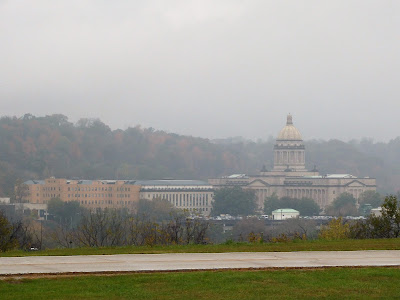 On the road outside of the campground is a Jim Beam Old Grand-Dad distillery plant. I was surprised how big it is. I've never heard of Old Grand-Dad whiskey; but, according to Wikipedia, its one of the ten best-selling straight whiskeys. 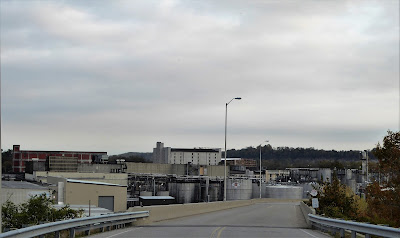 Don’t wish upon a star – Reach for one!
Posted by RV Khronicles of Kevelyn at 8:06 AM No comments: Links to this post