Happy Thanksgiving to all. We are so thankful for our family and friends, as well as our health and enjoyable lifestyle. 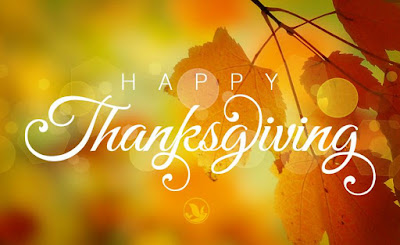 We celebrated with a delicious Thanksgiving dinner sponsored by the resort last Saturday. The park provides the turkey and gravy, all other dishes are pot luck style provided by the people at the table. Tables are 20 people. We were invited to join a table by the people parked next to us from Minnesota. This year we didn't know anyone in the park when we got here, so it was nice of them to include us. We had a great meal and met some nice new people. The main hall was packed full of tables, and there were even some tables set up outside to accommodate everyone. 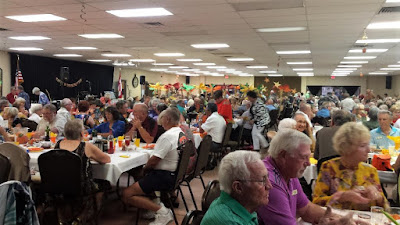 The park is much busier this time of year compared to previous years we've been here. Rumor has it this is due to the storms in Florida and Texas this past summer, which damaged many RV parks. When we left for our trip to Mexico on October 25th, there was no one around us. When we got back on the 31st, we had neighbors on both sides of us. A few days later, we got neighbors behind us. Two of them are from Quebec, which is a long ways from Arizona. I must say I liked it better in previous years when the area we are in didn't get busy until January, and we had open spaces around us during the fall.

The weather in November has been hotter than average. In fact, yesterday, today and tomorrow are forecast to be 90 degrees. Record breaking heat. We've had to run the air more than normal this time of year. I hear Wisconsin temperatures have been below normal for November, so no complaints from us. We have had some amazingly beautiful sunrises and sunsets the last few weeks. Here are two of the sunrises. 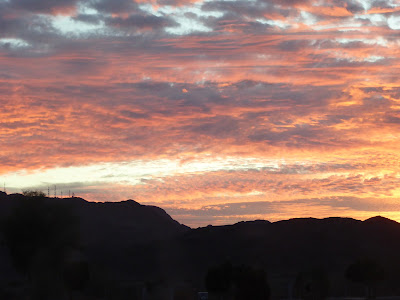 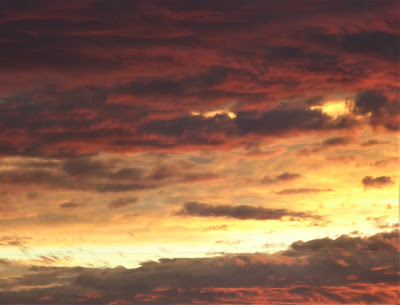 And a sunset. The entire sky was pink. Pictures cannot come close to showing the beauty of it!! 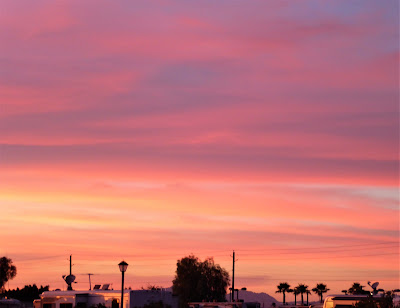 We've been keeping quite busy. We joined a golf group on Friday afternoons. It is co-ed, and you are paired with a different group of four people each week. You pay $2 extra per person, and then play a scramble round. The only rule is each person must use at least one drive. Top teams win prize money. The first week there were 15 teams. Kevin won $2.50 and I won $4.50. My team had a guy that was really good. The next week there were 16 teams. Kevin won $2.50 again. My team had a score of par, and were not in the prize money. It's been a lot of fun, and the people are very nice. We are thinking of joining the couples group on Wednesdays, as well.

We've also been playing some pickle ball, but it's been too hot for the most part. We'll play more when it cools off. We joined a group that plays bocce ball on Thursdays at 4 pm. Everyone brings an appetizer to share. We eat and visit and then play three games of bocce ball. The losing teams move over a court, so a great way to meet more nice people.

Last Monday was the first hike for the hiking group. We've hiked with this group each year we've come to the resort. It's led to Everett and his wife Nancy from Idaho who are in their 70s. Such a nice couple, and you'd never guess they are that age. It was a great beginning hike with about 20 people. The group will double in size in a few months when lots of snowbirds arrive. 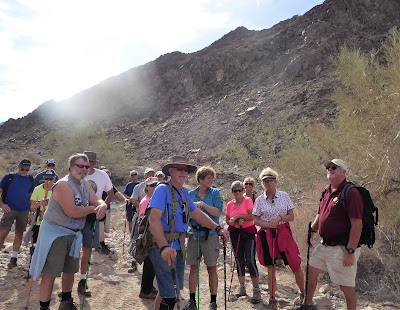 It was one of the cooler days this months, so a great day for a hike in the desert.

I did a little Christmas shopping this morning. Amazon has the Kindle Fire 7 for $29.99, half price. We bought one last year, and I use it a lot for reading books and watching Netflix. The new one will be for Kevin to read books on, too. Verizon has the Galaxy S8 phones at half price, so I'll probably head out on Saturday to get a new phone. I've been waiting for them to go on sale. No way am I going anywhere near the mall tomorrow. I could order it online, but I like to get it in store so they can set it up for me.

Don’t wish upon a star – Reach for one!
Posted by RV Khronicles of Kevelyn at 1:47 PM 1 comment: Links to this post