Yesterday we visited the Kentucky Horse Park in Lexington. I had read about the park on the blog of our friends Merikay and Craig. They had visited in September, and it sounded like a great place to learn about and experience all things horses. The park was opened in 1978 and is owned by the State of Kentucky. So many tourists were coming to the Lexington area to see the horse farms, so the state decided to open this park. Lexington is known as the Horse Capitol of the World.

Admission was $18 per adult plus $5 for parking. We started at the visitor's center where a less than enthusiastic employee sold us our tickets. We walked through their very large International Museum of the Horse which is actually part of the Smithsonian. There was a massive amount of information about horses from all over the world starting back to prehistoric times. We spent about an hour in the museum.

Next, we went to the trolley stop for the horse drawn trolley tour. It was a short tour around the park pointing out some points of interest. The trolley was pulled by two Belgian draft horses. They were a beautiful pair. 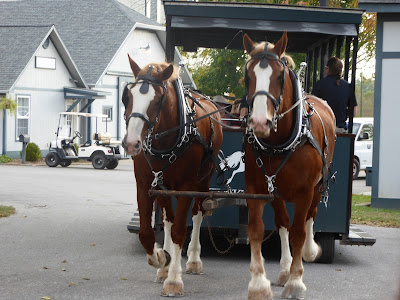 There were several events scheduled throughout the day. Our next stop was at the Hall of Champions Presentation. The park has several championship horses in its care. Most of them are held in trust by the park for their owners. Below is Go For Gin who won the Kentucky Derby in 1994. Four of the horses were brought out and an employee told us lots of facts about each of them. We also saw a video of each horse winning races. 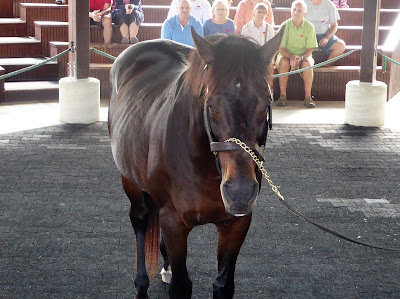 This guy is Funny Cide, and he won the Kentucky Derby in 2003. 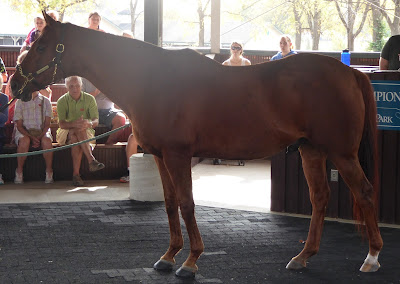 We went to the Draft Horse Demonstration where we learned about different types of draft horses and were shown how they are harnessed. Our next stop was the Groom and Shine demonstration in the Kids' Barn where we were shown how to brush a pony. I didn't know that ponies were a category of horse. They have to be below a certain size (I forgot what it is). I always thought ponies were young horses, but I learned I was wrong.

The employee at the Kids' Barn told us lots of facts about horses. Most interesting, was about how race horses are bred after they retire from racing. It's a very complicated process with many people in attendance documenting the entire event. No privacy for those horses.

The last show we saw was the Breeds Barn Show. Six different horses were brought out one at a time and trotted around the ring while a narrator told us all about them. Lots of information, but I don't remember most of it.

This horse is from India and has unique ears. I don't remember his breed. 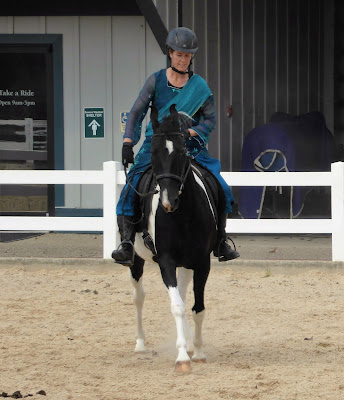 This is a Morgan breed. 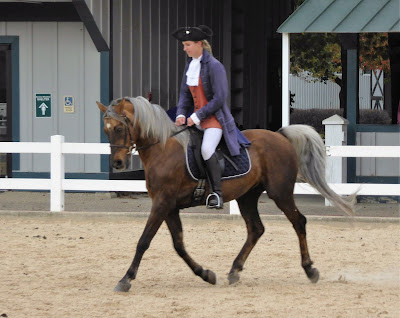 This is an American Saddlebred. The rider was dressed as Rebecca Boone, Daniel's wife. 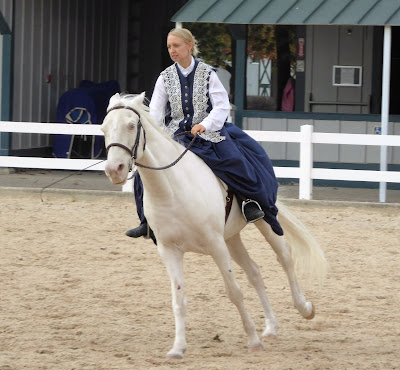 This rider was dressed as Annie Oakley. 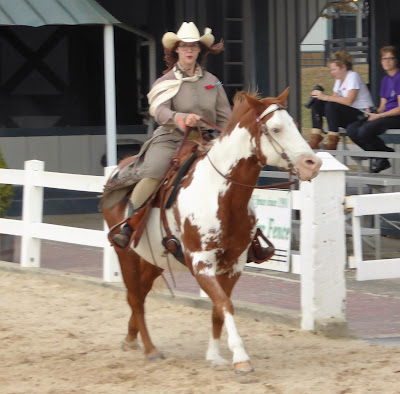 We also walked through several other barns and exhibits. The park hosts many horse related events year round in its arenas including dressage, jumping and polo. Unfortunately for us, not much was going on yesterday. We did see a few riders training in the Dressage Complex. 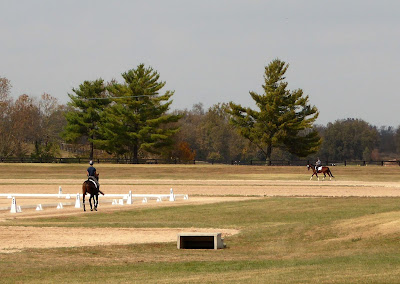 This bug was on a fence post; not sure what it is, but I thought it was cool looking. 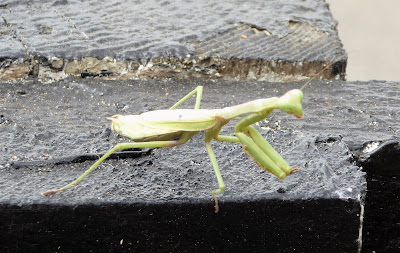 There are several large horse statues throughout the park. This globe sculpture made out of horse shoes caught my eye. The continents are attached using thick silver wire. 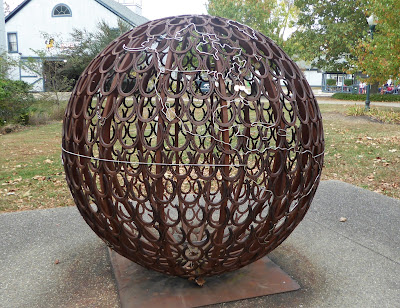 Included in our admission were tickets for the Showplace for Saddlebreds Museum on the other side of the parking lot. We did a quick tour of that museum. By that time, we were pretty much on overload of horse information.

We spent about six hours at the park and enjoyed our visit. It would have been more exciting if there were some actual horse riding events taking place. We are here in the off season, and I think that's why there wasn't much activity. We are not big horse lovers, but I can imagine someone who is really into horses would have really loved this park.  You could most definitely spend the entire day here if you took in all the shows and there were other events taking place. The nice thing is that the ticket is good for two consecutive days, but we saw enough in one day.

Don’t wish upon a star – Reach for one!
Posted by RV Khronicles of Kevelyn at 7:39 AM No comments: Links to this post