We had a very enjoyable weekend. First of all, the humidity has finally dropped, and we had beautiful, sunny days which allowed us to take some comfortable walks again.

On Friday Kevin went to the pre-season Green Bay Packers football game in Green Bay with a friend.  They had a great time, and the Packers won.

This was the weekend the camping club we belong to had their August outing. They were only about 40 minutes from us, so I drove to the campground and visited with everyone yesterday.

Kevin stayed behind to man the campground. Only about half of the sites were occupied this weekend. However, the Quonset hut was rented on Saturday for a family reunion, so Kevin stayed in case those people needed anything. 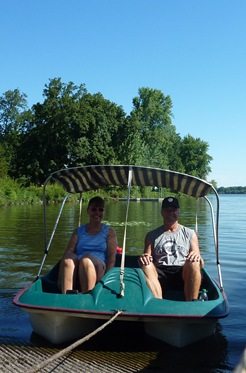 Today, we took out one of the rental paddle boats we have here at the campground. It’s been so hot this summer, we hadn’t wanted to take one out on the lake until now. We paddled around for a little less than an hour, and it was great. I definitely want to go again. Here we are before we pushed off from shore. 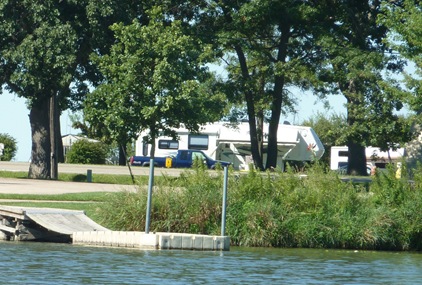 Here’s part of the campground as seen from the lake. If you look closely, you can see a few of the campers that were still here. We sure have a beautiful location. 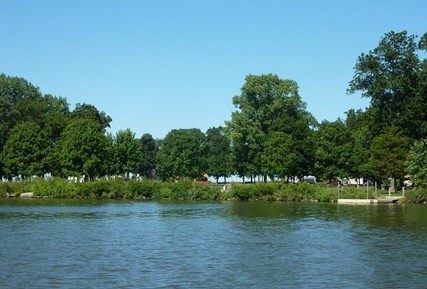 Much of the lake has homes along it. Here’s a view of the north side of the lake. For some reason, there is no development on that end. 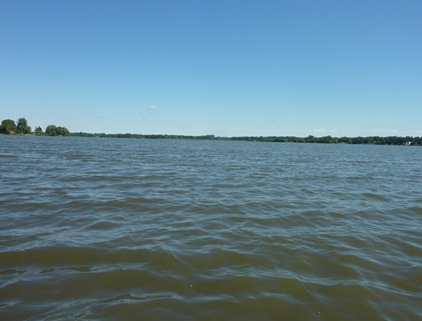 As you can see, the water is not very clear. We’ve been told that’s because it’s a very shallow lake. Three different times I saw a fish jump up out of the water. Cool! Kevin said they were carp. I don’t think I’ve ever seen a jumping fish before.

Near the pier was a cluster of lily pads. They are so pretty. 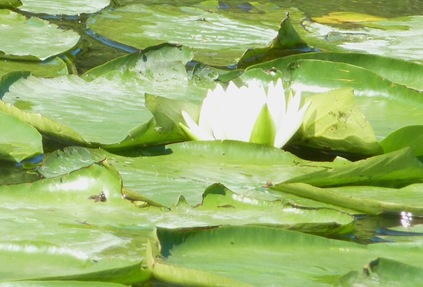 That’s the end of a wonderful weekend. We feel so fortunate to be living this life!