One afternoon we rented two wave runners for a half hour each. Cathryn and I had never been on one, and we were excited to try it. 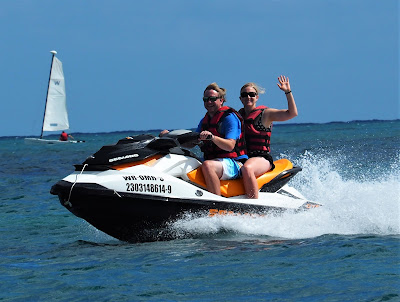 Kevin had no desire to ride, so Eric was kind enough to give me a ride without scaring me. 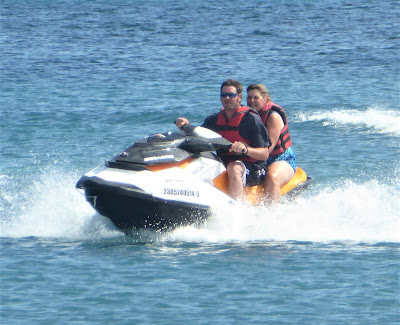 After he drove me around for a bit, I tried being the driver. I didn't like driving. Each wave made me feel like I was turning without wanting to. I was probably going too slow, and the waves were pushing me. I rode with Eric for about ten minutes, and then I told him go out there and have a blast. He did. 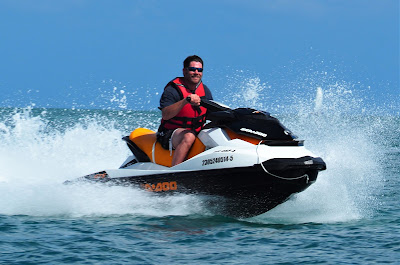 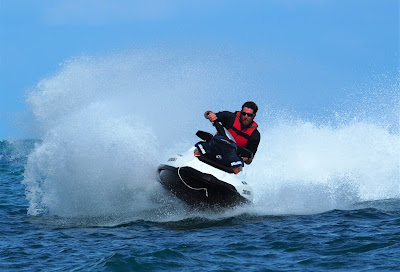 Cathryn had an opportunity to drive, too. She enjoyed her first time on a wave runner. 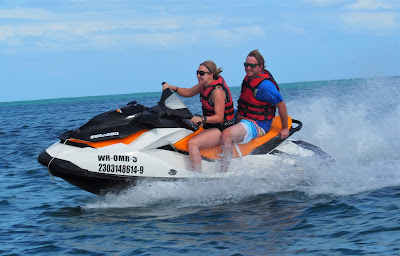 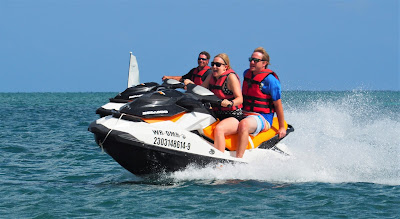 Kevin and I really enjoy vacationing with our grown children. We have many wonderful memories of trips with them as children. Adult trips are just as fun. I know they appreciate these experiences we are giving them. As Eric said, "I'd rather spend time with you now than when you're dead." Makes a lot of sense. Ha,  ha!! They are such awesome people. 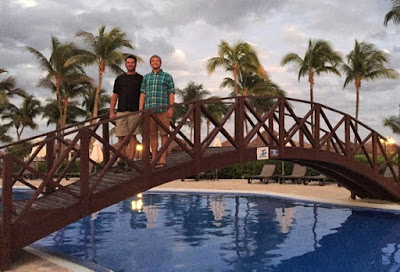 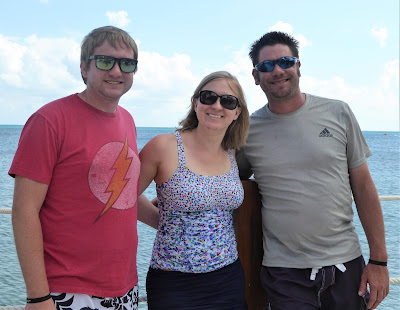 Korey and Cathryn were blessed to find each other. They have been married for four years, and I so enjoy watching them together. They have such a wonderful relationship. 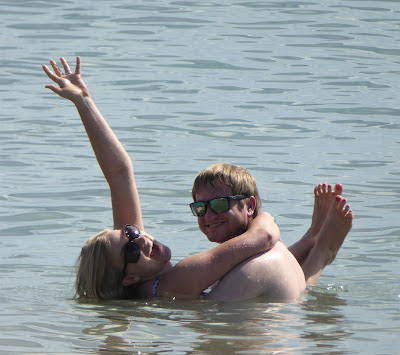 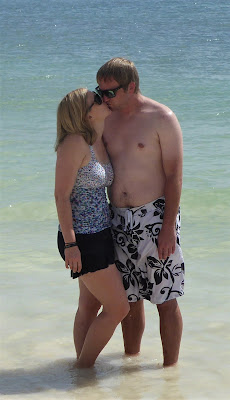 The resort has a show every night at 9:30 pm. They frequently had live music before and after the show, as well. The first night we saw fire dancers. Amazing. 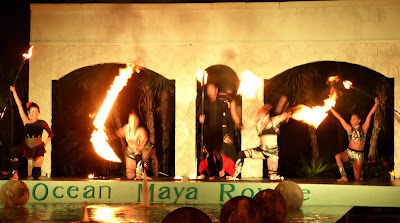 We also saw an acrobatic show, singers, Caribbean music, an Elvis impersonator and this Michael Jackson impersonator. All of the shows were enjoyable. The Michael Jackson performer sounded very much like him, and had the moves down perfectly. It was hard to get a picture because he was dancing the whole time. 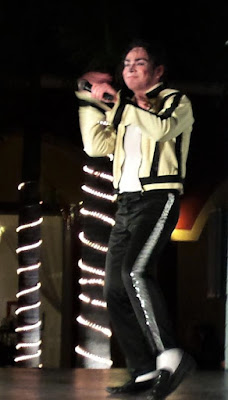 We saw some unusual wildlife at the resort. These guys are called Coati. They look like a raccoon, only their noses are long like an anteater. They were not at all shy, and several unsuspecting people had food stolen right off their plate at the pool and the beach. 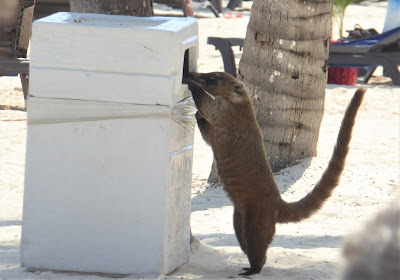 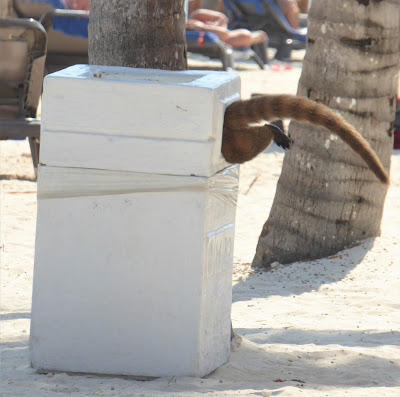 We also saw a raccoon, deer, lots of birds and several iguana. This was the granddaddy of them all. Eric was nice enough to pose with him for size perspective. 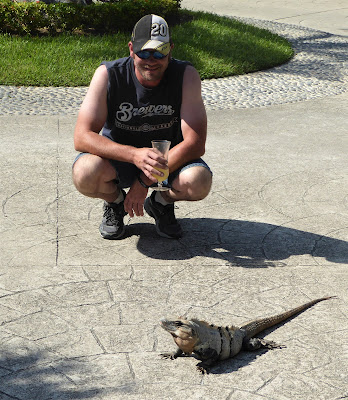 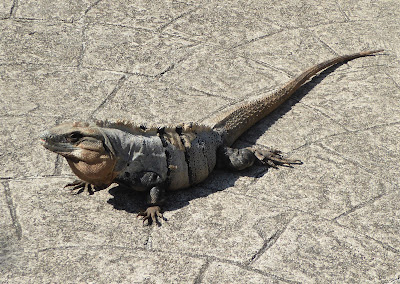 I know there are bigger iguana, but this was the largest ones we've ever seen.

That pretty much wraps up our all-inclusive vacation to Mexico. We enjoyed the all-inclusive format, but all agreed that next time we'll probably cruise again. We think cruising has more choices of things to do for everyone, and costs about the same or maybe even a little less. We did some dreaming of future trips we would like to take. Time will tell as to what family vacation we come up with next.

Don’t wish upon a star – Reach for one!
Posted by RV Khronicles of Kevelyn at 2:07 PM 2 comments: