The Big Day Has Arrived!

It’s 6:30 in the morning, and I’ve been awake for over two hours. Although I’m tired, I just couldn’t sleep anymore. Too excited, I guess. After all, the big day has arrived!!

It seems the time has sure flown by since last November when Korey and Cathryn got engaged. I’m so thrilled the two of them will become man and wife today.  We couldn’t have asked for a better daughter-in-law. After six years of courtship, most of it living in different cities, the two of them will finally be together for the rest of their lives. I know she makes him very happy. A mother can’t ask for more than that.

We had lunch yesterday at Buffalo Wild Wings with most of the wedding party. A few arrived later in the day. As you can see, the guys were in a good mood. 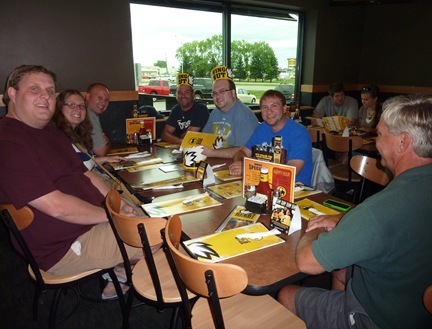 After lunch we went to the hall and helped with some of the decorating. Kevin, Eric and I left a little early to head over to the park where the rehearsal dinner was to be held. We did a little decorating there, and then on to the church for the rehearsal.

Korey and Cathryn introduced everyone at the church. 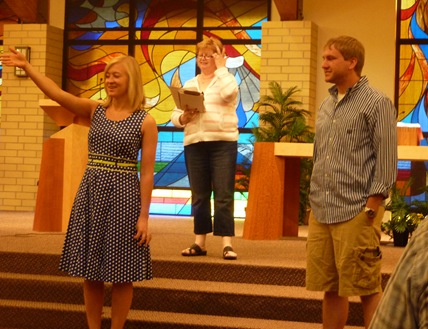 The wedding party practiced their parts. 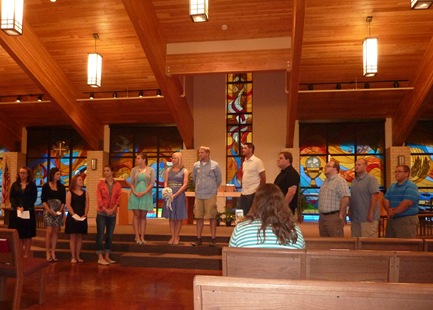 Qdoba does catering, and Korey had ordered the burrito bar for dinner. Everything was supplied, and it was easy to set up. The food was good, and there was plenty to eat. 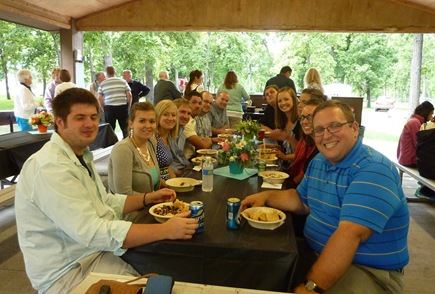 My mom had helped me make some centerpieces, and they looked very nice on the tables.

Many of the attendees played some games. It looked like everyone had a good time. I challenged Eric to a game of bean bag toss. He was confident he could whoop his mother. He did beat me, but only by one point. 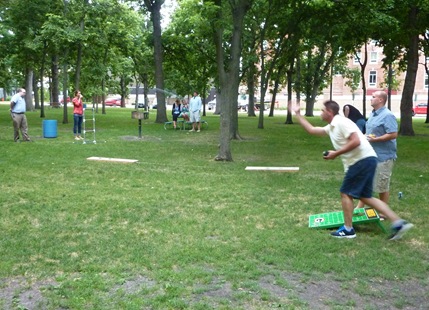 By 9:30 pm we had everything cleaned up and were headed back to the hotel. We were able to visit a little with Kevin’s brother and his wife who drove in from Iowa yesterday. We sure do appreciate our friends and family members driving in from out of state to celebrate with our family!!!

This day I will marry my best friend, the one I laugh with, live for, dream with, love!

Posted by RV Khronicles of Kevelyn at 6:53 AM 2 comments: Links to this post