We stayed home on Thursday and Friday. There really wasn’t anywhere we wanted to go. I had read online that Bandera claims to be the Cowboy Capital of the World, and that they have a Farmer’s Market and an event called Cowboys on Main on Saturdays.

As we entered town, we were behind this truck. I’ve never seen a suicide sign on a truck before. I’m taking it he doesn’t want anyone passing him on the right! 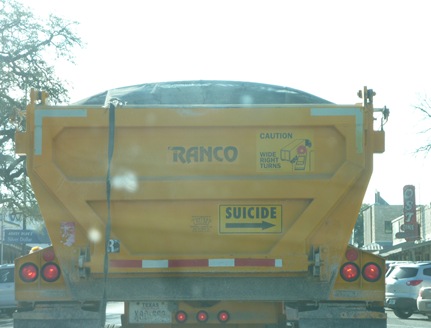 The Farmer’s Market was listed on their website for today from 8 to 11 a.m. They also have the Cowboys on Main event every Saturday afternoon from 1 to 4 p.m. The plan was to arrive around 10 to check out the Farmer’s Market and then hang around for the cowboys.

We went to the market spot and there was nothing there! What the heck. We saw signs for an event called Wild Hog Explosion being held at a park outside of town so we drove over to that. There were some craft and food booths set up and they were going to have a cook-off and competitions for catching live hogs. It was a fundraising event for the Bandera library and had an admission of $7 per person. We weren’t that interested, so we left.

We wasted some time exploring the two blocks of shops on Main Street. I’m collecting fabric from the states we visit for an eventual quilt. They had a very nice quilt shop, and I found a piece of fabric representing Texas. Since today is National Quilting Day, the purchase was absolutely necessary!

One of the shops was selling this grill. That would certainly be a novelty item for the patio. 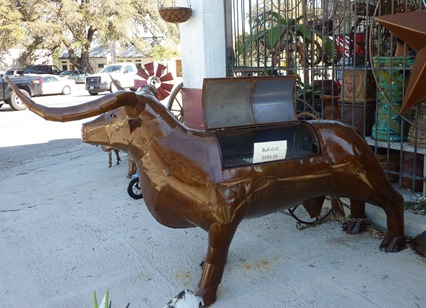 We had lunch on the patio of the chikin coop bar and restaurant. A cold beverage and a plate of King Ranch Chicken Quesadillas hit the spot. 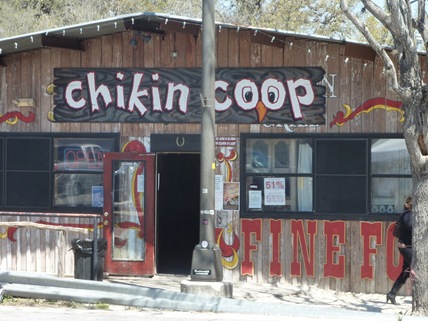 Finally it was time for the Cowboys on Main event to begin. There was a gunslinger event at a small park. A group of older guys and one young lady did a few skits with lots of shooting. I’m sure the kids in the audience enjoyed it. We thought it was pretty hokey. I did learn that Bandera was a stop for cowboys that were taking cattle from Texas to Dodge City, Kansas to sell them. 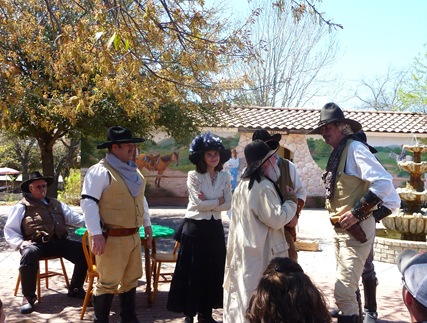 In this skit the dentist was going to remove a rotten tooth using dynamite. 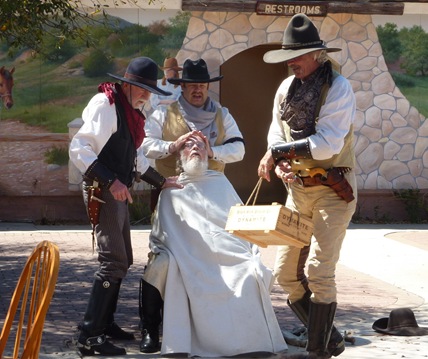 The only other evidence we saw of any cowboys was this wagon offering rides and one other chuck wagon parked in front of the County Courthouse. Certainly not what I was expecting from the Cowboy Capital of the World. 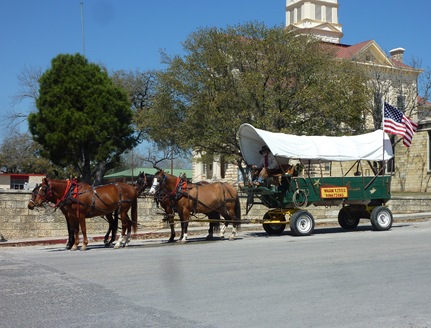 What we did see a lot of was motorcycles. There was a ride this weekend and there were plenty of motorcycles all over the place.

I read a sign that explained some history of Bandera. It was established in the mid 1850s as a mill town due to its proximity to the Medina River. Several mills were established for sawing wood and making shingles.

We drove home along Hwy. 16. It’s quite scenic between Kerrville and Bandera with some hairpin turns and steep inclines. Lots of hills, ranches and rivers along the route. That water in the creeks is crystal clear. Because of the two year draught, everything is very brown and dry. I’m sure it would be prettier if they had more rain. Still no wildflowers anywhere :( 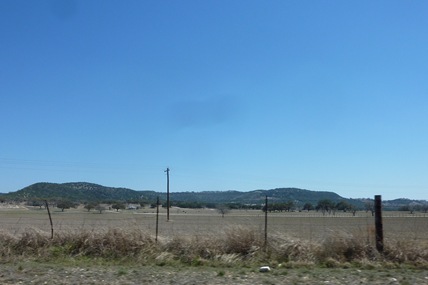 Posted by RV Khronicles of Kevelyn at 4:44 PM 2 comments: Links to this post