And The Winner Is…

Last Wednesday Amazon had an event they called the Holiday Kick-off. We do not work on Wednesdays, but employees were paid to attend the event, so we walked over to see what it was all about, and get an hour of overtime pay.


It was actually a fun event. Members of management were dressed as elves or reindeer. They pulled a sleigh into the warehouse. In the sleigh was the plant manager dressed as Santa. Behind the sleigh was a local high school marching band playing Jingle Bells.


The event lasted for about an hour. There was a skit by some of the managers and some games in which plant employees were chosen to participate. They also drew names for about 20 to 30 prizes including cameras, Kindles, TVs and Xboxes.


Drum roll here…..Kevin won a Kodak Easyshare camera. Cool. We have a camera we like better, so the Kodak will be sold. But, it was nice to win a prize.


It seems Amazon tries to do some nice things for their employees. They announced there will be some meals served during the peak season between Black Friday and Christmas and more prizes given away. A little can go a long way for morale during a busy season.


We finished our fourth week and have received our second paychecks. Tonight we get to work our first mandatory overtime shift. I’m not too excited about that. I wasn’t expecting mandatory overtime until Black Friday. The plant was shut down from midnight Saturday until 5:00 pm today for scheduled maintenance. Therefore, our shift has to work overtime tonight to make up for the lost time. Oh well, the payoff will be nice.


I’m still struggling with the night hours. I don’t think I’ll ever adjust to it. But, only six weeks to go. And, being able to take the winter months off is the carrot at the end of the stick. It’s worth it to us. Quite a few people have left. This work is definitely not for everyone. 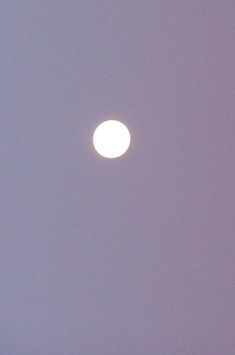 We’ve been riding our bikes most days. Highs have been in the 60s lately, with lows in the 40s. It’s beautiful riding to work, but a bit cold coming home. However, it’s only a few blocks, so not that bad. The full moon has been absolutely gorgeous the last few nights.


Last night we went to dinner with Janie and John Dean. They are also fulltime RVers, about our age with two sons. I first met Janie online through our blogs. Last November, we met them in person in Las Vegas. We’ve kept in touch, and when they heard we were working at Amazon, they thought they’d also give it a try.


We went to Jack’s Place in Liberty, Kansas which is just a few miles from the campground. Jack’s is a bar in a very small town. They serve food, and the burgers are quite good.


After dinner, we came back to our camper and taught Janie and John how to play Wizard and Sequence. It was a great evening spent with great people! Lots of laughter, which is always a good thing. It was nice to get out and do something fun. I even forgot how tired I was for a while :)


Don’t wish upon a star – Reach for one!

Posted by RV Khronicles of Kevelyn at 11:14 AM 3 comments: Links to this post