The recliners that came with our 5th wheel were not the greatest quality. After sitting in them for a few years, the cushions had begun to sink. Kevin’s was actually leaning to one side. We are limited to the type of recliners we can buy because they have to be no more than 32 inches wide from side to side so they can be turned sideways and pushed against the rear when the slides come in for traveling.

I had priced some La-Z-Boy chairs last summer in Wisconsin. I found a model that is small enough, but I didn’t like the prices. While looking through one of the Winter Texan newspapers here in Texas, I came across an ad for La-Z-Boy chairs at nearby Whalen Furniture for $299 each. That’s a deal. 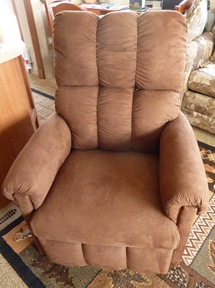 Last week we stopped in and took a look. We ordered two chairs, but had to pay $124 per chair extra for the swivel option. Although the sales tax is higher in Texas than in Wisconsin, the total bill was still about $75 less than I had found last summer. And the sales lady was nice enough to work it out so we didn’t have to pay delivery charges. They also took our old chairs away to donate to a thrift shop.

On Saturday we rode our bikes to Bentsen Rio Grande Valley State Park again. We rode around the loop inside the park twice which made for a total of about 12 total miles of riding. We didn’t see too many birds on our bikes, but I did get another great shot of a Green Jay. Aren’t they just beautiful!! 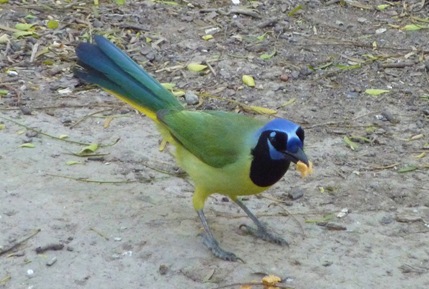 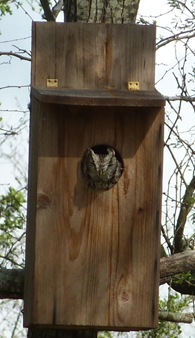 On Sunday we headed towards Brownsville to visit the Palo Alto National Historic Site and Resaca de la Palma State Park. We went to the park first and walked the 3 mile road inside the park. There are about 11 miles of trails throughout this park and a nice visitor’s center. It was a very windy day, and we saw almost no birds. We did see a Screech Owl in a box behind the visitor center. He must have been sleeping because his eyes are closed in every picture I took. What a cutie!

Our second stop was the Palo Alto National Historic Site which is the location of the first major battle of the US-Mexican War in 1846. There is a visitor center with some displays and an informative movie. A one mile path takes you out into the battlefield area where there are interpretive signs and replicated cannons on display. Its just a big field. 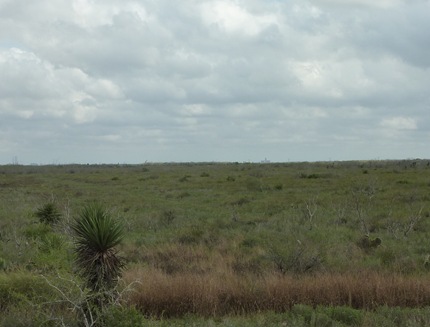 The entire battle was fought using cannons. Basically, the US had better cannons and won the battle. 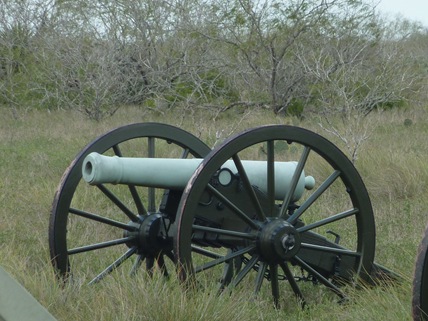 I enjoy learning about history at these historic sites, however this one was not all that interesting. I guess battles don’t appeal to me too much.

On our way to Brownsville we drove on a stretch of road that had the border fence right next to it. Some houses had the fence at the back of their yards. I stark reminder of the immigration issues our country faces.

The weather the last few days has been quite warm and humid. Both Monday and Tuesday were near 90 degrees with 70 degree dew points. The cold front that has spawned severe weather in other parts of the country has brought a welcome relief to temperatures here. The rest of the week is predicted to be in the mid 70s. Much better!

Posted by RV Khronicles of Kevelyn at 8:52 AM 6 comments: Links to this post