We're in Billings, Montana for several days. Yesterday we did a six hour, 240 mile road trip to experience the Beartooth Highway. It is a 68 mile road completed in 1936 to connect the town of Red Lodge in Montana to the northern side of Yellowstone National Park in Wyoming.

The road climbs through the Beartooth Mountain Range with lots of switchbacks. The views were incredible. 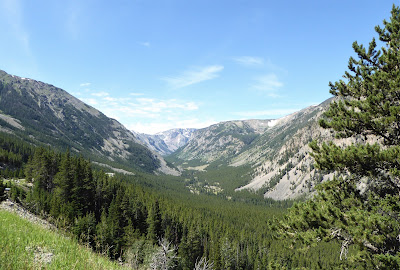 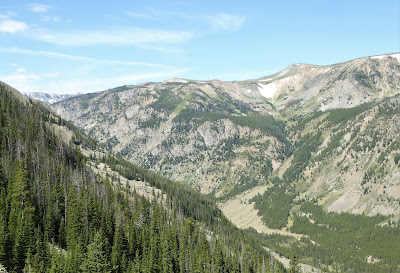 We walked out to the Rock Creek Vista Point at 8,000 feet. 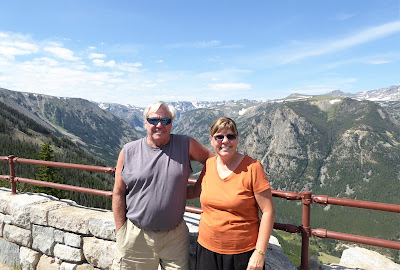 Although there was supposed to be all kinds of wildlife visible on the drive, all we saw were some very tame chipmunks at the overlook. They were eating sunflower seeds right from the palms of some kids. 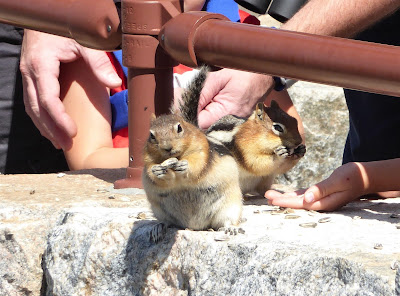 We continued on to the highest point on the road. It looked like we were at the top of the world, even with the tops of the mountains. At times it was a little scary! 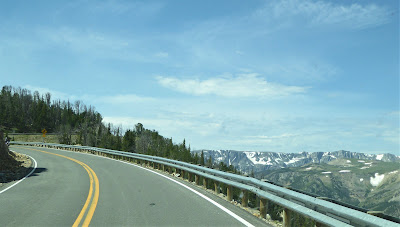 We made it to the Beartooth Pass Summit. 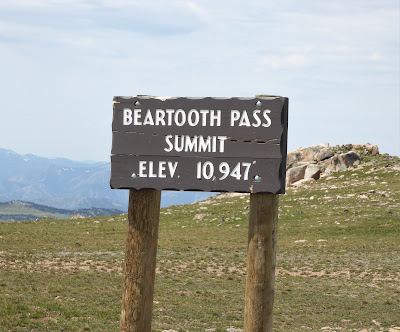 You can see for miles and miles. You can also see some of the winding road heading down. 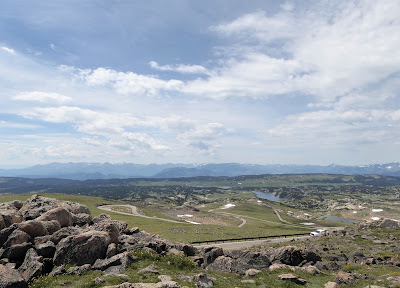 I was surprised at the alpine meadows at the top. Lots of pretty wildflowers were growing, with colors of white, blue, pink, yellow and purple. 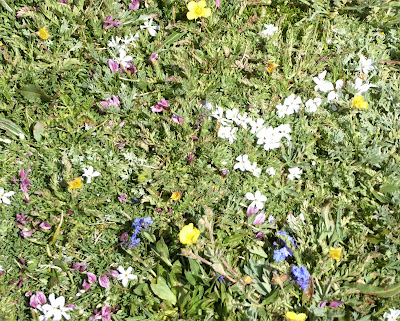 As we headed down, we saw lots of lakes created by the snow melt. The summit gets over 200 inches of annual snowfall. 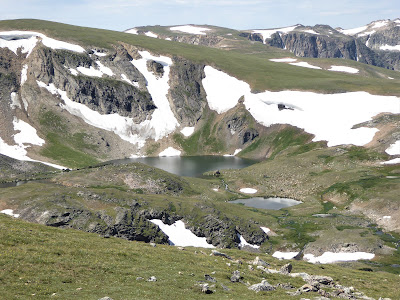 This is Beartooth Lake. 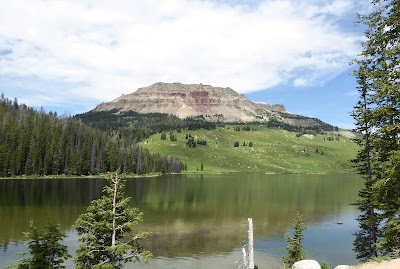 We cut off at the bottom onto Chief Joseph Scenic Highway in Wyoming to head back to Billings. The Clark Fork Yellowstone River has carved a 1,200 foot gorge. 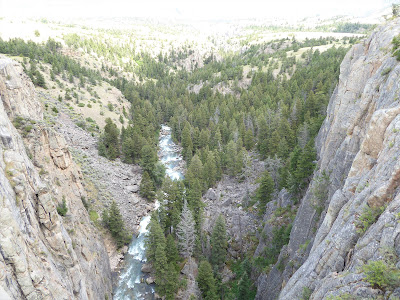 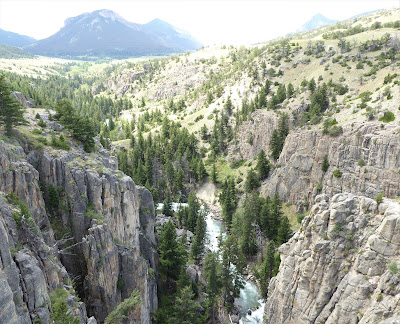 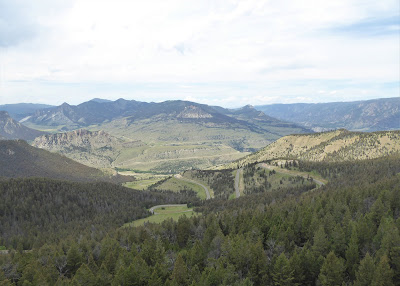 In 1877, 600 Nez Perce Indians fled from the US Cavalry who wanted to put them on a reservation. They came through these mountains and passes to escape. They left a wounded warrior on this mountain. He was found by Army scouts and killed, thus this spot become known as Dead Indian Pass. The Nez Perce were led by Chief Joseph. They were fleeing to Canada, but were captured just 10 miles south of the border in Montana. So many sad stories in our American history.