Today we headed an hour south to visit Hot Springs National Park. This is certainly not what I have come to expect when I think of a national park.

The visitor center is located in the heart of Hot Springs along a busy main street. On one side of the street are some of the restored bathhouse buildings. Across the street are lots of shops and restaurants. You know you are in a tourist town when they have duck boat tours, a wax museum and an old time photo studio. 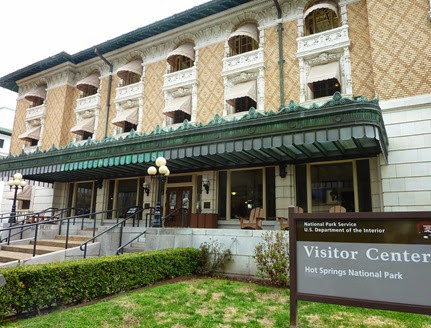 Hot Springs is famous for the 47 springs with 143 degree water coming up from underground. The water is 4,000 years old and comes from rain water that has trickled down to increasingly warm rock and eventually makes it way back to the surface. If you look closely, you can see the steam in the pictures below. The water was hot to the touch, but not burning hot. 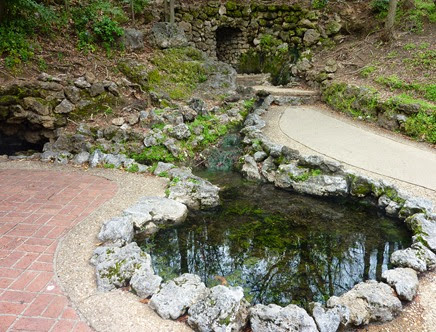 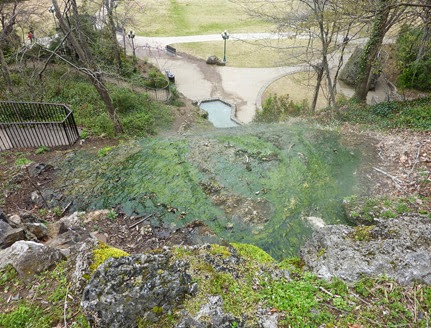 Most of the springs are now covered and protected. The park collects 700,000 gallons a day for use in the drinking fountains and bathhouses. There are several fountains around the city where people can come and fill water jugs with clean, tasteless and odorless mineral water. We saw lots of people filling their water jugs at these fountains.

People came from all over the country to partake of the healing waters of the hot springs. Doctors regularly prescribed the hot baths to heal all types of remedies including syphilis, rheumatism, liver disease and many other ailments. The visitor center has exhibits of what the baths looked like.

This is one of the individual bath cubicles for the ladies. 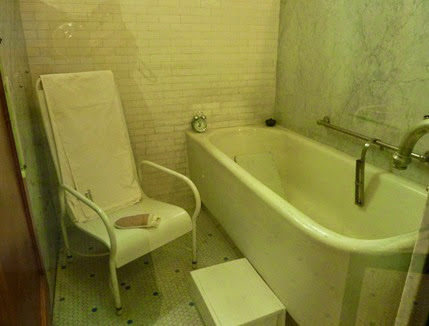 After soaking in the bath, people were put into these steam cabinets for up to 30 minutes. It looks like a torture device. 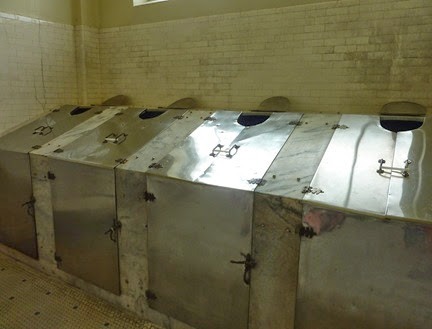 The Buckstaff Bathhouse is the only one still in operation where people can have an hour bathhouse experience for $30. They have been in continuous operation since they opened in 1912. The building in the background was a Navy hospital at one time. It is now a rehabilitation center. We walked along the downtown admiring the architecture of the bathhouses and hotels. I can just imagine the ladies in their fancy dresses promenading along here in the olden days. The peak time for the area was in 1946 when over 1 million baths were taken. After that modern medicine became more common, and doctors were not prescribing bath treatments. The bathhouses began to close.

We took a drive up Hot Springs Mountain behind the town. There is an observation tower at the top, but since it was quite cloudy and hazy we didn’t feel it would be worth paying to go to the top.

I did get this picture from the top. You can see the roller coasters at an amusement park. I am surprised how hilly (they are actually called mountains) Arkansas is. I was expecting flat farm land. I bet its really beautiful during fall. There are a number of hiking trails on the mountain, but the weather wasn’t that great for a hike, so we headed back home. 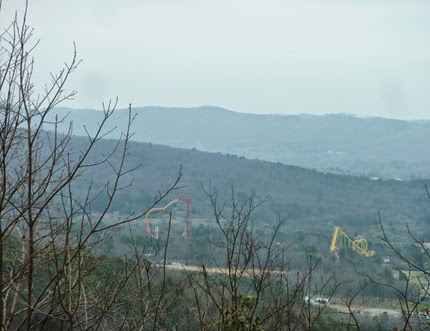 Posted by RV Khronicles of Kevelyn at 9:00 PM 4 comments: Links to this post