We're in our seventh year of full time RVing, but that doesn't mean we don't decorate for Christmas. It's not as big or elaborate as when we owned a house, but it still makes us happy.  Here are a few pictures of decorations inside our fifth wheel. I have more; this is just a sample. 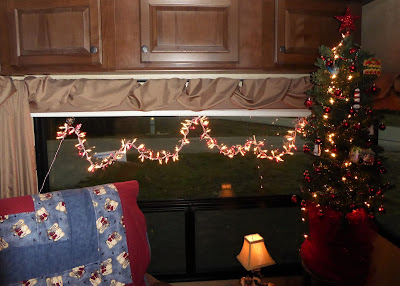 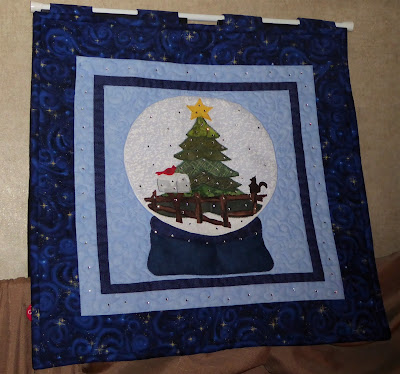 Here's the outside this year. It was a warm evening with a full moon adding to the Christmas lights. 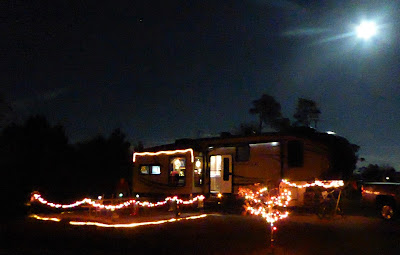 We've spent Christmas at several different locations in our travels. It seems people in RV resorts do more decorating than at the state park we are at this year. However, there are a few RVs that are really lit up. Here are a few examples. 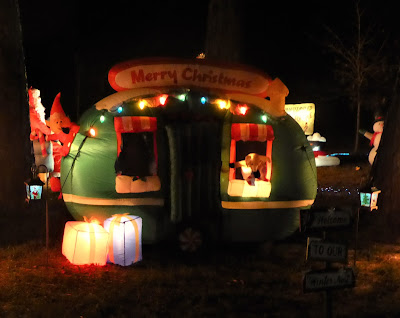 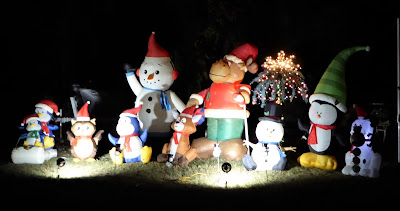 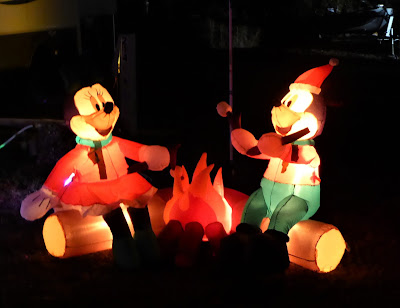 It's a little dark, but here's Santa in a hammock between two palm trees with presents in front.  Lots of decorations related to camping and RVing. 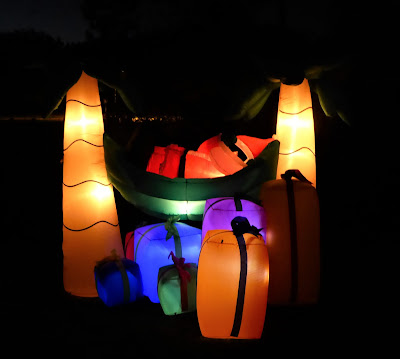 It was such a beautiful evening when I walked around to take the pictures. The full moon was shining through the huge pine trees. Natures own decoration. 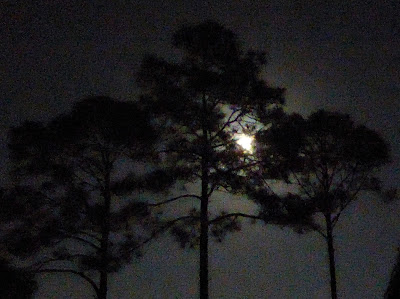 Last Friday we went to a ranger guided walk at Gulf State Park Pier. We learned lots of interesting information about the state park, the pier, shore birds and Gulf fish and mammals.

Quite a few people were fishing off the pier, and plenty of birds were looking for a snack. We learned that this pelican is named Sam. He was rescued by the Nature Center in the park several years ago and treated for a broken wing. The band on his leg lets them know he is the same one. He's chosen to live at the pier since he was released back into the wild. He's very tame and quite the bandit.

He stole a fish right off of the rod of this lady. He's also been known to grab fish right out of the bucket. Here he is stalking her along with another pelican. They are both brown pelicans, but Sam has the white head which means he is at least three years old. Brown heads mean they are younger than three years old. 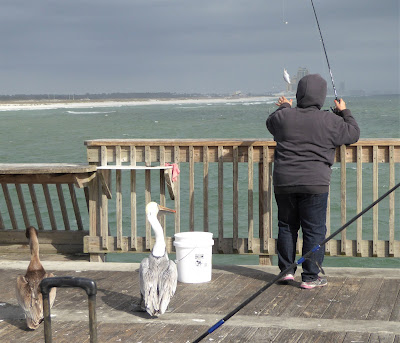 After he stole the fish off of her rod, he had some trouble getting it down his throat. He worked at it for a few minutes to get it in the right position to go down head first. Very interesting to watch. 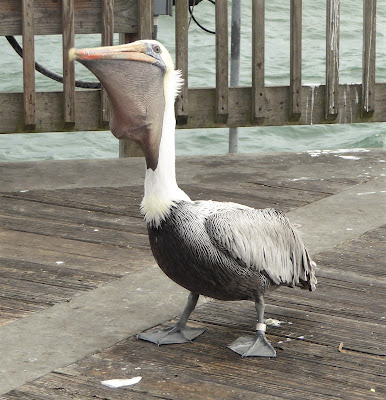 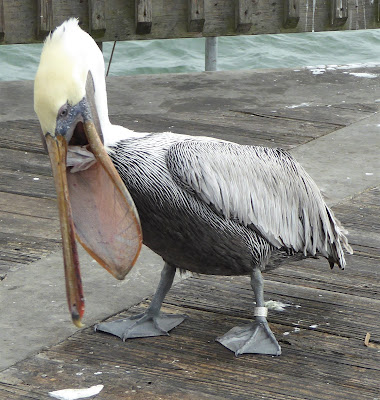 There are plenty of alligators along the Gulf. The state park has several long time residents. This is Lefty who has been here for years. She hangs out in the same location year after year. One day we saw her with two babies on her back. We found out the babies were born near the end of August. Another day she was in the water, and her babies were hanging out along the shore. I think there were five babies, but they blend in so well, it was hard to tell. You can click on the pictures to enlarge if you don't see the babies. 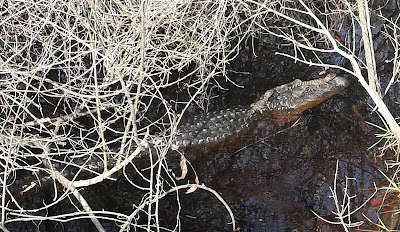 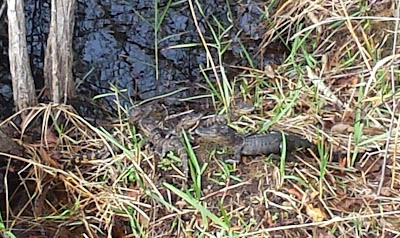 We had quite a bit of rain last night. Alabama has been in a severe drought all summer, so this rain is really needed. Wednesday we leave for Wisconsin. I'm so looking forward to spending Christmas with family.  I did some holiday baking yesterday to share with everyone while Kevin watched football,

Don’t wish upon a star – Reach for one!
Posted by RV Khronicles of Kevelyn at 8:07 AM 1 comment: