After working last Friday night until 4 am, we got up at 11 am and drove about 2.5 hours to Kansas City to meet up with our son Korey and his wife Cathryn. We hadn’t seen them since their wedding in August, and I was very excited to spend some time with them..

They live in Omaha, which was about the same distance as we were from Kansas City. We’ve driven by Kansas City several times, but this was our first time stopping. The weather was very nice both days. Saturday afternoon we headed to Weston Bend State Park for a hike. This park is on a bend in the Missouri River. The fall foliage was pretty much over, but we enjoyed a nice hike and some fresh air. 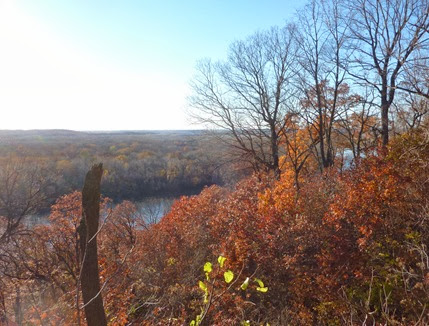 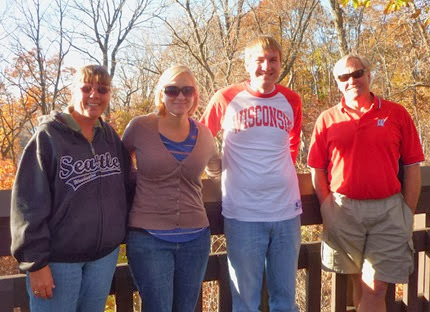 Saturday night we headed towards downtown to Fiorella’s Jack Stack Barbecue for some traditional Kansas City barbecue. Thanks to readers Paul and Mary for the recommendation. Dinner was very good, and we were quite full. After dinner we walked through Union Station. What a great building. I love the restored old railroad stations. 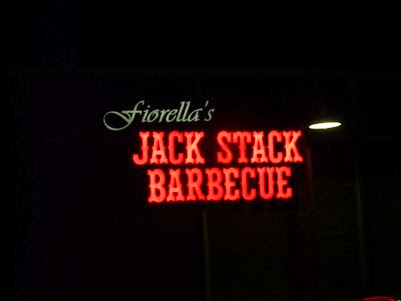 We went back to the hotel and played some card games. Cathryn is quite an excellent game player and won both games. Then it was time for bed.

The road coming into our hotel had the most beautiful colorful trees. The sun was shining on them Sunday morning making them just glow. 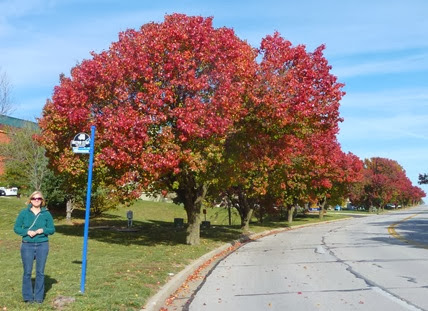 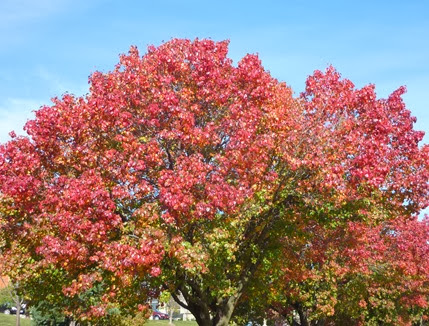 After admiring the trees, we headed to Boulevard Brewery. We had never heard of this brewery before our stop in Kansas City, but they are actually the 19th largest brewery in the country. 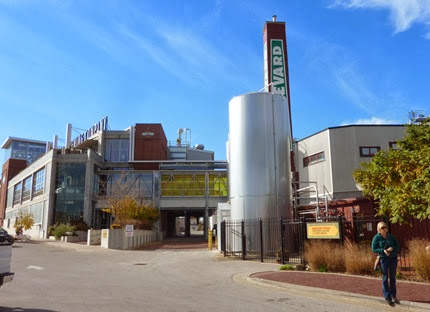 In 2006 they built a new brew house on their existing property. The free tour was very interesting, and we learned that the company is quite involved in their community. That’s always a plus in my book for a business. I don’t care for beer, but Kevin, Korey and Cathryn enjoyed the tasting. I did try a sip from a few of the samples, but I just don’t care for the taste of beer. The other three all thought the beers were very good, and Kevin purchased a sampler pack. 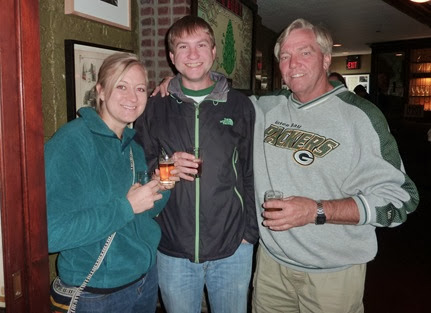 After the tour, we drove around the city for a bit. We were looking for some of the fountains the city is known for. In fact, Kansas City claims to have the most fountains of any city in the world other than Rome. We did see a few, but traffic and parking were crazy so we didn’t stop.

Our next stop was City Market, which was established in 1857. There were lots of produce vendors and a rummage sale. There were also some restaurants with many types of ethnic foods available. We bought some green peppers at a good price, and I made stuffed peppers in the crock pot on Monday. Delicious! The market was quite an interesting place to visit. 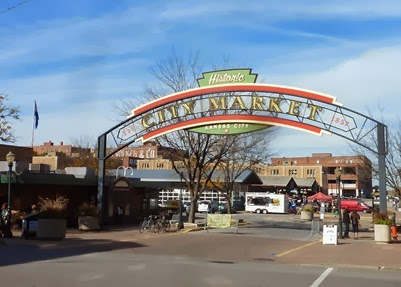 Before heading back home, we decided to have an early dinner at Granite City. This is one of Kevin’s favorite restaurants. Even they had a fountain. 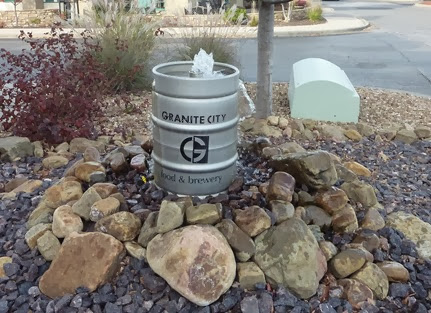 Dinner was good, and it was time to say our goodbyes. We forgot luggage when we left Wisconsin for our cruise, so Korey and Cathryn brought us a few pieces from their luggage collection to borrow until we can return them in spring. Since we won’t be seeing Cathryn again until spring, we brought her birthday/Christmas present. She was happy to receive a Kuerig coffee maker and some accessories.

We’ll be seeing Korey and our son Eric in January when we take a cruise out of New Orleans with them. The cruise was planned before Korey and Cathryn got engaged. Although, she was invited, she can’t miss school so she won’t be coming :(

Kansas City was an interesting city, and we enjoyed our visit. However, the best part by far was spending time with the kids. I miss them already!

On the Amazon front, the place has been very busy. Last week 1.3 million items came in. This week that number is supposed to be 1.7 million. They keep sending us to areas where the bins are already overflowing and telling us to keep fitting stuff into them. As you can imagine, the bins are very stuffed. I feel bad for the pickers having to find items in some of the bins. We do the best we can, but sometimes we really wonder what are they thinking. After this week, only five weeks left!!