Yesterday we spent several hours exploring downtown Louisville. We found a parking lot next to the river under the highway for $3 for the entire day. What a great deal for a downtown area. Our first stop was the Louisville Slugger museum and factory tour.  Sometimes it pays to get older. October is BOGO for seniors, so we both got in for $13. Outside of the building is a 120 foot replica of Babe Ruth's Louisville Slugger bat. 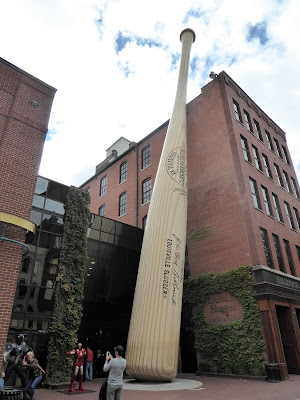 We enjoyed the tour, museum and movie and learned lots of information about bat making. Picture taking was not allowed on the tour. At the end of the tour, each person was given a Louisville Slugger mini bat.

J. Frederick Hillerich started a woodworking business in Louisville in 1856 making butter churns, bedposts and other wood items. In 1884 his son Bud made a bat for professional baseball player Pete Browning who was known as The Louisville Slugger. His father was reluctant to change the business to bat making, but when butter churn use declined, the business became focused on bat making. 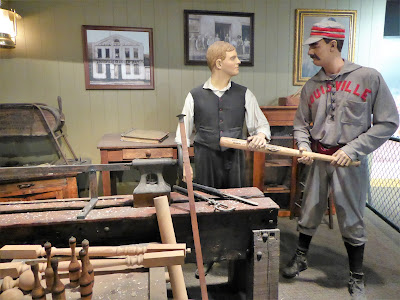 Today the company produces 1.8 wooden bats per year, including the mini bats. To accomplish this 40,000 ash and maple trees are cut down each year in New York and Pennsylvania. New trees are planted and the forests are kept healthy.  Big league players use between 100 and 120 bats each per year at an average cost of $90 per bat.

The company has a secret patented guided boring machine that produces the maximum number of billets per log. The billets are dried and then shaped into bats. It used to be done by hand and took 30 minutes per bat. It is now done by machine and takes 30 seconds per bat. 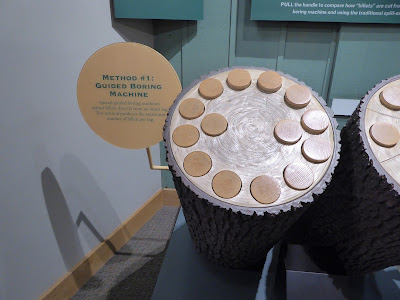 The finishing of the bats is still pretty much done by hand including the branding and painting process. I never realized how many colors and finishes bats can have. Professional players are very particular about their bats.

There was a special exhibit at the museum by Ripley's Believe it or Not. This is the smallest street legal car. It's only 54 inches long and 40 inches wide, weighing 175 pounds. A 6' 6" person can fit inside, yet it can fit in a standard size elevator. 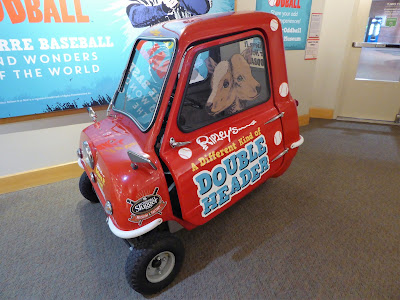 How about this toothpick replica of Yankee Stadium made with 125,000 toothpicks and lots of Elmer's glue. 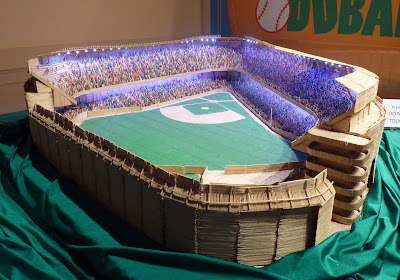 And, being a woodworking company, they had to make the world's largest vampire stake for Halloween. 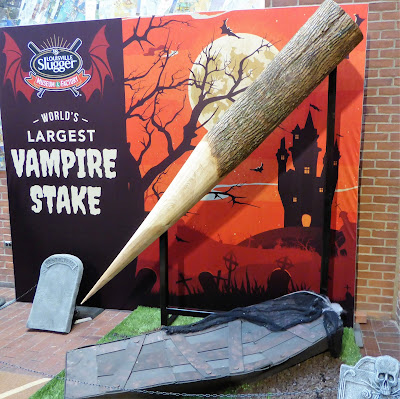 Over 8,000 professional players have signed contracts with the company. Their names are displayed on the Wall of Fame. 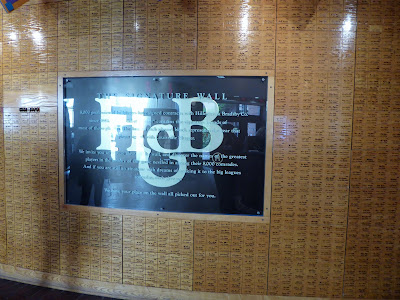 Just down the street from the bat museum is a 30 foot David statue unveiled in 2012 by the 21c Museum Hotel. There were several other sculptures in the area. It was quite a surprise to see this large David in Louisville rather than Florence, Italy. 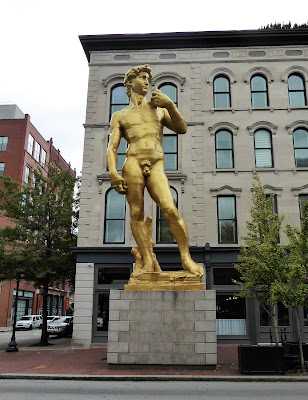 Our next stop was the Bluegrass Brewing Co. for some craft beers. Kevin had the sampler with seven flavors. 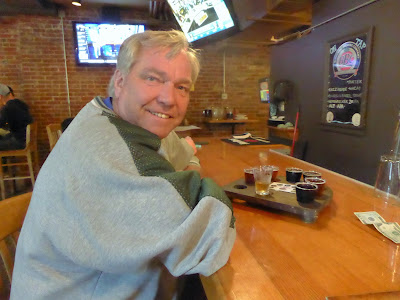 I had read about a special dessert in Louisville called Derby Pie and made by Kern's Bakery. It was on the menu at the brewery, so I had to order it. It's kind of like pecan pie only with walnuts instead of pecans. They served it with chocolate and caramel sauce and vanilla bean ice cream. It was DELICIOUS!!! I would definitely recommend it to anyone visiting. 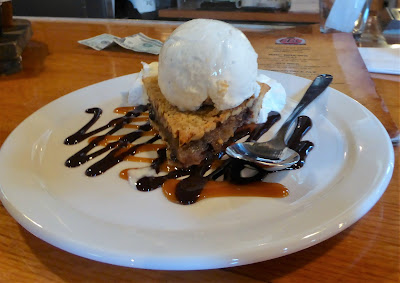 We wandered around some more and stopped at the visitor center. They had some interesting exhibits including one about KFC and Colonel Sanders. He led an interesting life and didn't start franchising KFC until he was 65 years old. He died in 1980 at the age of 90. He is the only non-governor whose body was laid in state at the state capitol. What a great success story. 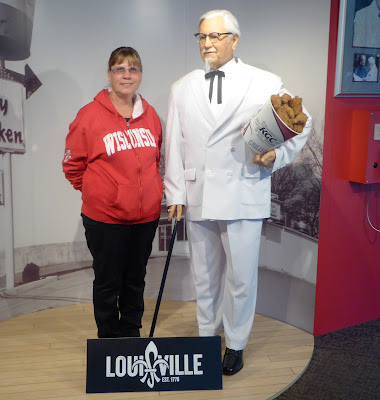 Louisville is on the Ohio River. We explored Waterfront Park which is a beautifully landscaped area next to the river with sculptures and water features. I was impressed with what a great job the city has done in revitalizing their downtown area and how clean it was. 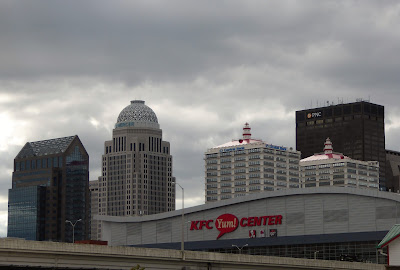 The arena is called the KFC Yum! Center. I didn't know that Yum! is the name of the corporation that owns Pizza Hut, KFC and Taco Bell. I just thought it meant KFC was yummy.

We had dinner at Gordon Biersch. A Mint Julep was on my list of things to try in Louisville. It was okay, but not something I would order again. 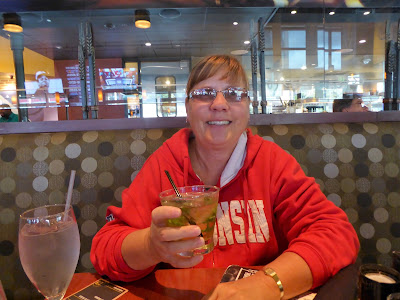 Our last activity for the day was a free ghost walking tour sponsored by the visitor center. A nice lady took us on an hour tour and told a few ghost stories about buildings in the area. It was not the best walking tour we've ever been on, but I guess you get what you paid for.

We ended up walking 7.5 miles and very much enjoying our exploration of downtown Louisville.

Don’t wish upon a star – Reach for one!
Posted by RV Khronicles of Kevelyn at 7:40 AM 2 comments: Links to this post