A Fantastic Day in Taos

About ten years ago, I worked with a really great woman at Kennedy Middle School in Germantown, Wisconsin.  One day she announced that she and her husband were quitting their jobs and moving to Taos, New Mexico to pursue their dream of building a house on property they owned there.  Maria had gotten a job in Santa Fe and her husband, Karl, was going to work on the house.

Maria’s first job didn’t work out as she had hoped, but in the meantime, they were able to purchase a Laundromat in town and have been running the business and building their dream home ever since.

I emailed Maria and asked her if we could come for a visit.  She agreed and yesterday was the day.  Per Maria’s suggestion, we took the “high road to Taos” to get there.  It took about three hours from Albuquerque, but the views were spectacular. 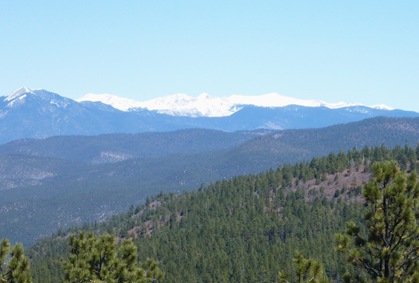 We met them in town and they spent the afternoon driving us around and giving us a personal tour.  First, we stopped at what is believed to be the oldest hacienda in the area dating back to the 1500s. 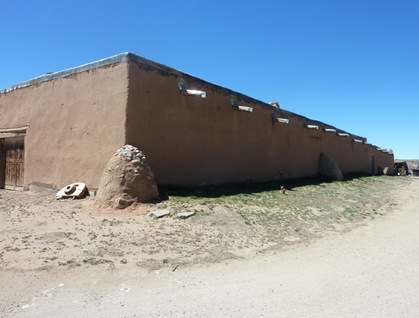 These types of ovens are still used by the native people in the area to do their baking. 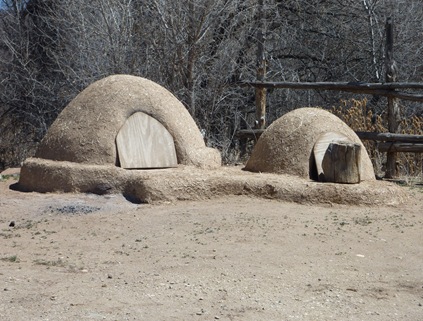 Next, we toured the Taos Pueblo Community.  There are a number of pueblos in New Mexico that are still in use.

The admission fee to the pueblo was $10 per person.  They wanted an extra $6 to bring your own camera so I chose not to take pictures inside.

We were given a tour by a very knowledgeable college student who is a member of the tribe.  All of the historic pueblo sites we’ve toured in our travels have been ruins.  It was so interesting to see a pueblo that was still intact.  Our guide told us some very interesting information about his tribe, the Red Willow Tribe.  It was apparent that he was proud of his culture. People have been living at this pueblo for over 1,300 years.

Next our hosts drove us to their home.  It’s located in the desert at the base of some mountains.  There are quite a few homes located in this area, but the county has not provided these residents a road to their properties.  So, they have to drive on a gravel/dirt road to get to their homes.  It was pretty bumpy, but so worth it.  Carl and Maria have built an absolutely gorgeous home out here.  They have a five acre parcel with the most amazing views. 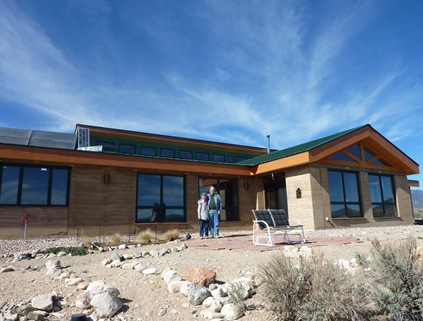 Here they are on their back patio.  And below is the view they enjoy while sitting out on that same patio. 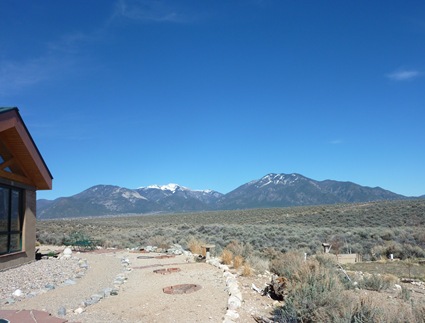 I have thought of Maria so often over the last few years.  Eight years ago when she left Germantown, Kevin and I had a glimmer of a dream in the back of our minds, but were nowhere near taking the big step.  I thought Maria was so brave when she made her announcement, and she was an inspiration to me as we pursued our dream. 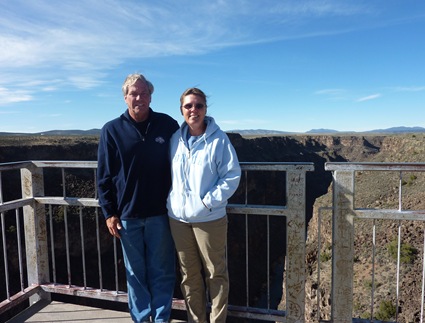 We ended the day by going to dinner at a cute little Mexican restaurant in Taos called Orlandos.  The food was good, but the company was better.

We took a more direct route back to Albuquerque, but the scenery was still great.  Part of the drive was in the gorge along the Rio Grande River.  I’ll leave you with this beautiful sunset we enjoyed. 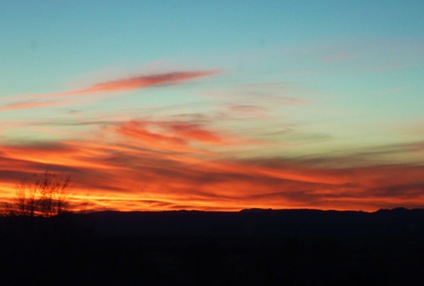 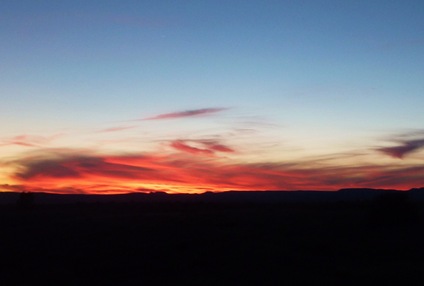 Too many people are thinking of security instead of opportunity. They seem more afraid of life than death. ~ James F. Byrnes