McKinney Falls State Park near Austin, Texas has some very nice hiking trails. Yesterday we hiked the three mile Onion Creek Trail. It meanders through some wooded areas and along Onion Creek. It reminded me of trails in Wisconsin except every once in a while you see prickly pear cactus growing along the trail. Definitely not Wisconsin.

There are lots of bluebonnets in this park. They really are so pretty. 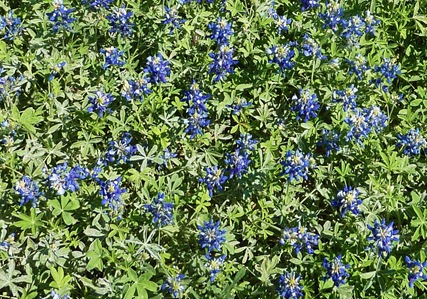 We came to a sign for the Upper Falls. Another mini falls, maybe due to the drought. 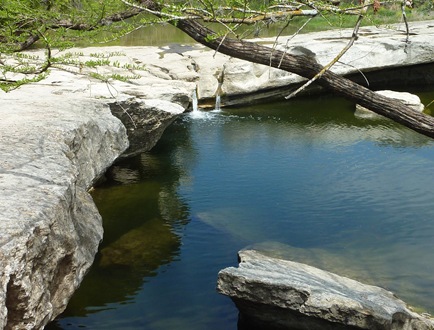 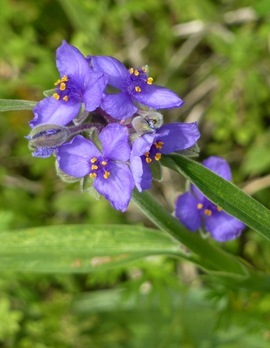 There are already quite a few wildflowers blooming in Texas. I don’t know what they all are, but we saw yellow, pink, blue and purple flowers. I did some experimenting with the macro setting on my camera. I like how nicely this shot turned out.

Next, we hiked the one mile Rock Shelter Interpretive Trail. There is a brochure that describes the marked posts along the trail. At least half of the trees they were describing must have died. They weren’t there. Also, the trail was very poorly marked and we got lost a couple of times. Not a very good trail.

We did learn about one type of cactus on the trail. It’s called a pencil cactus because the spines look like pencils. There were red berries on the ones we saw. I like this picture because you can see the pencil cactus, but also some prickly pear cactus, bluebonnets and a yellow flower. 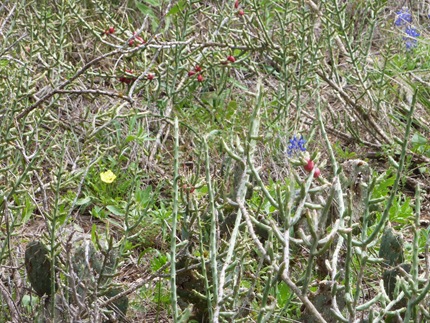 Today we hiked the three mile Homestead Trail. The trail starts next to the Lower Falls. They say everything in Texas is bigger, but so far that has not applied to any waterfalls we have seen. 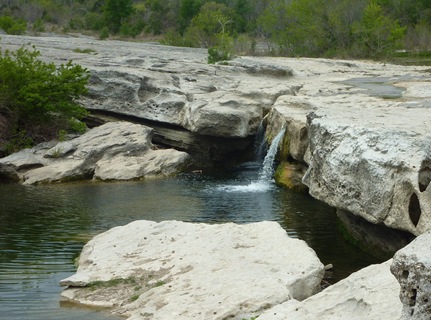 These ruins are of the house built by the slaves of Thomas McKinney in the 1840s. The Civil War brought financial ruin to McKinney. He died in this house in 1873, and his wife sold the property. 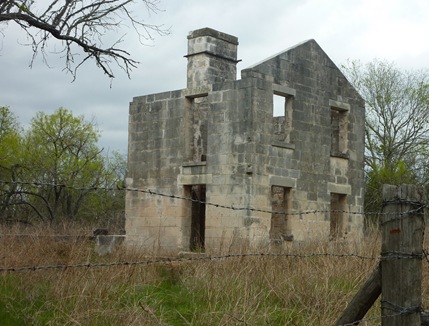 All together we hiked about five miles each day.  This park was booked for the Easter weekend, so tomorrow we head to Cleburne State Park, south of Dallas. We’re enjoying exploring just a few of the over 100 state parks in Texas.

Posted by RV Khronicles of Kevelyn at 7:13 PM 3 comments: Links to this post