I like to collect seashells, so I was very excited when I read online that Sanibel Island is one of the best shelling locations in Florida. Low tide is supposed to be the best time, so last Wednesday we drove a little over an hour so I could try my luck at low tide. I had also read that Bowman's Beach was one of the best spots. We paid the $6 toll to cross the bridge onto the island and then paid $8 to park at the beach for two hours. 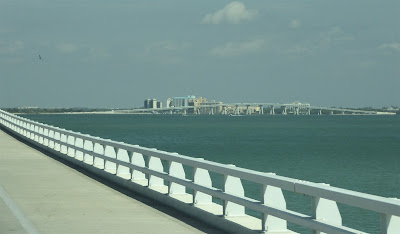 Traffic was already pretty busy at 9:30 am and there were bicycle riders and pedestrians everywhere. As we walked from the parking lot at Bowman's Beach to the shore, we crossed a bridge over a river or canal. This bird was sleeping in the bushes. I think it's a night heron. That's pretty cool! 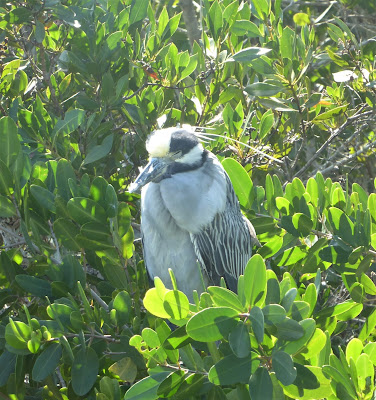 I had read online that the beach will be covered in shells, and to be sure and wear shoes to walk on them so you don't cut your feet. Here's one of the pictures I saw online of what the beach should look like. 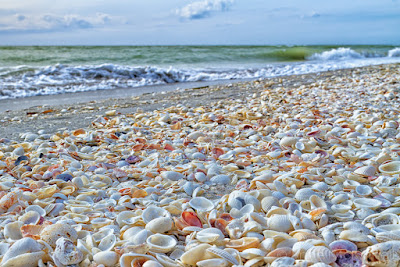 Here's what it actually looked like. I had no problem whatsoever walking without shoes, as it was mostly sand. You can imagine my disappointment. 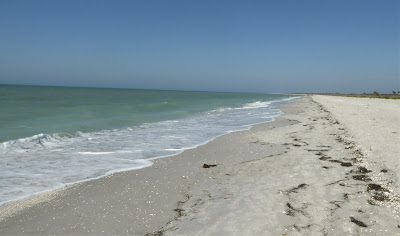 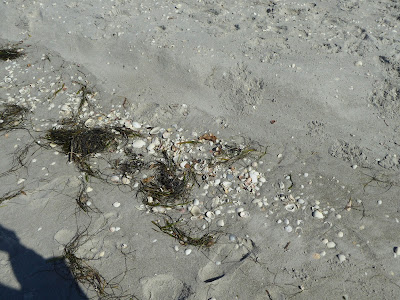 I spoke to some ladies who come to the island every year, and they said this year was not a good shelling year for some reason. Just my luck. Also, "professional" shellers come out a dawn every day to get the best shells to sell in the tourist shops. I did find some okay shells, but nothing like I was hoping for. Some of the ones in the picture below are pieces of larger shells. Many of the shells on the beach were broken. Oh well.

These sandpipers were a hoot to watch. They must eat something that is washed up by the waves. They just keep running back and forth with the waves, pecking at the sand for a few seconds until the next wave arrives. They are definitely getting their exercise. 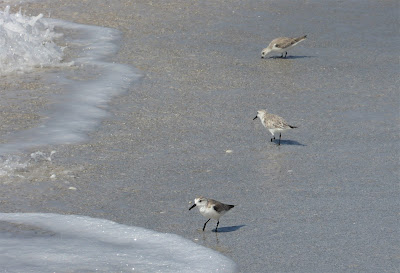 I also saw this huge jellyfish washed up on shore. It was the size of a large dinner plate. 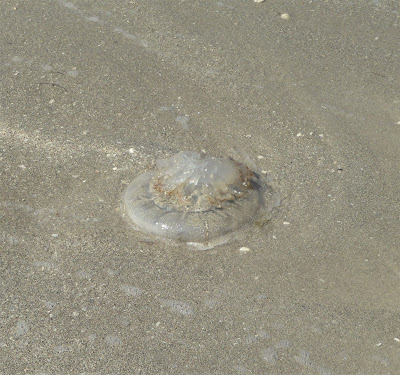 After the disappointing outing at the beach, we drove all the way to the end of Sanibel Island and then crossed over to Captiva Island. There were some gorgeous homes overlooking the water along the way.

So, our venture to Sanibel Island was enjoyable and picturesque, but overall a disappointment because of the lack of shells and the cost of the bridge and parking. It's one of those tourist places you hear so much about. Now we can say "been there, done that, don't need to go back".

Don’t wish upon a star – Reach for one!
Posted by RV Khronicles of Kevelyn at 9:07 AM 1 comment: