Yesterday we used our coupon book and visited the Pima Air and Space Museum. The admission price is $15.50, but there are two additional tours that are not included in the price. There is a narrated tram tour that takes you around all of the outside planes. And there is a narrated bus tour that takes you to the 309th Aerospace Maintenance and Regeneration Group, also known as “the boneyard”. We decided to do both tours so the cost for the two of us was $41.50.
The boneyard is where all branches of the military send planes for storage, recycling or destruction. It covers over 2,600 acres. The Tucson area was chosen for three reasons; very little rain, low humidity and the ground under the topsoil is like concrete so they can park the planes right on the ground.
When the planes arrive, all the fuel and oil is removed, they are washed and then the windows and seams are sprayed with a latex coating to keep them from overheating. 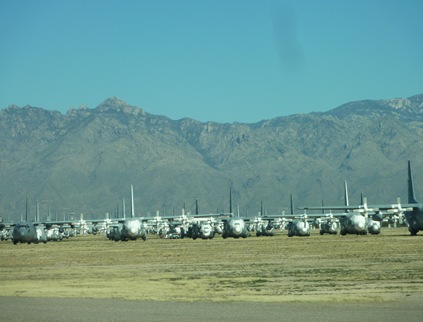 Seeing all those planes and helicopters parked in the desert is quite an amazing site.
These are some of the largest cargo planes in the world. They’re currently being stored here. Each plane can carry 200,000 pounds. 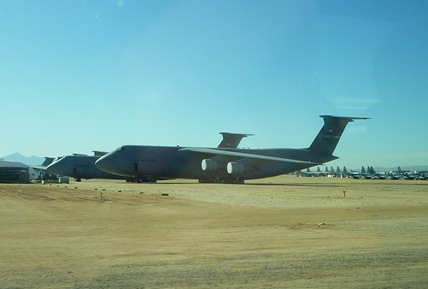 We saw a number of interesting planes on the tram tour. This was Air Force One used by Presidents Kennedy and Johnson. Jackie Kennedy was responsible for the current paint color scheme of Air Force One. 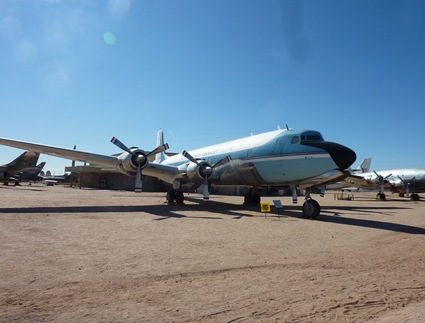 This was President Eisenhower’s plane. Notice the color is silver. 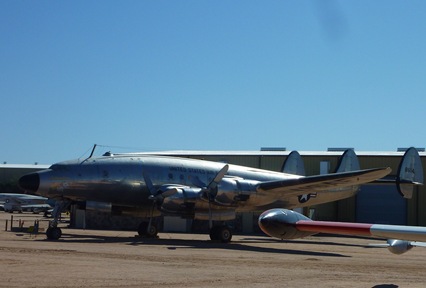 There were many helicopters on display. This is a crane helicopter. It can lift and carry trucks and other vehicles. It’s also used to drop large amounts of water on fires. 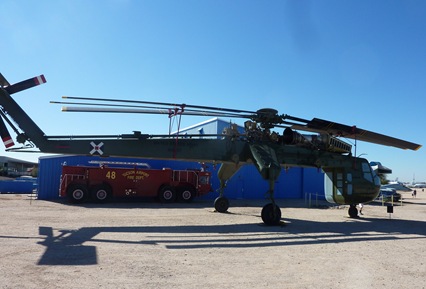 There are several hangers on the museum grounds with some very interesting and unique planes in them. This little plane called “The Bumble Bee” holds the Guinness record for the smallest bi-plane. Notice the man in the background is taller than the plane. 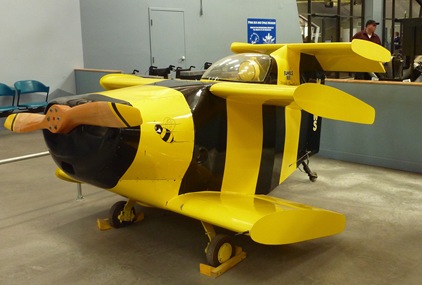 This is a replica of the first Wright Brothers 1903 flying machine. 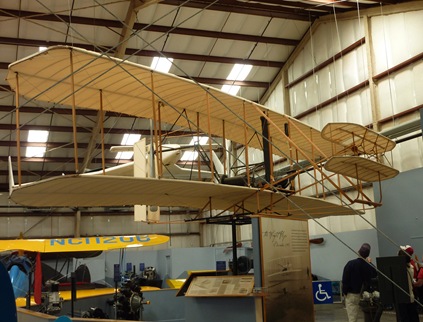 This Blackbird was a secret CIA reconnaissance plane. It broke a speed record at almost 2,200 MPH and flew from New York to London in three hours. 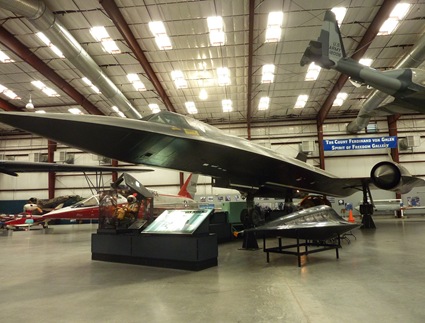 They have an F-14 Tomcat which is the plane made famous in the movie Top Gun with Tom Cruise. 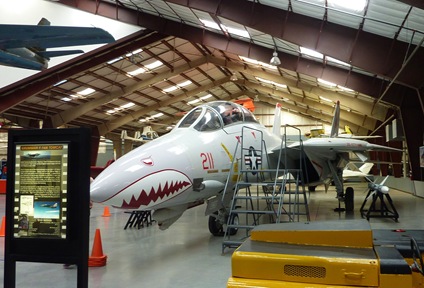 There were also a number of experimental aircraft. Some of them never made of into production. 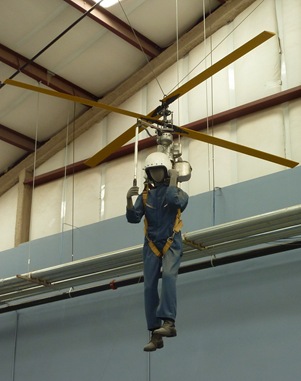 I found this contraption very interesting. The inventor tried to sell it to the military to replace parachutes. It had a 20 HP motor. The problem with it came if the soldier didn’t land on his feet. If he fell, the rotors hit the ground and broke into many splinters which were like missiles hitting anything in their path including the person attached to it. Not all inventions are successful.
Kevin and I both agreed that this museum was an okay place to visit. We felt that someone with a keen interest in airplanes would probably have enjoyed it much more than we did. Both narrated tours rambled on with the names of many different aircraft. After a while, they all sounded the same and became rather boring. Even with our coupon, we found it a bit pricey.
Don’t wish upon a star – Reach for one!
Posted by RV Khronicles of Kevelyn at 10:22 AM 6 comments: Links to this post