We’ve been hiking in the desert behind our RV park for about an hour almost every day. Tucson Mountain Park begins about a mile outside of the park.

Today we decided to do a longer hike. We followed a wash that took us to a small mountain which we climbed. Our total time was two hours, and we estimate we hiked between 4 and 5 miles.

The views from the top were great. Here’s a look back at the trail we were on to the right of the picture. The white spots in the distance on the left are the RVs in our park. 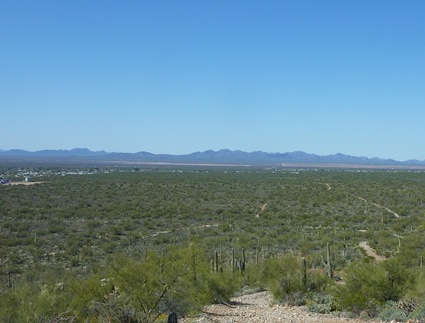 The desert is starting to show signs of blooming. There were a couple of bushes with these pink, fuzzy blooms. 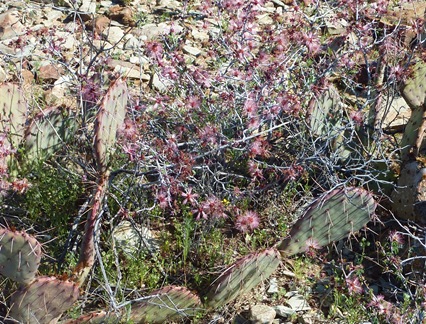 The creosote bushes have had little yellow flowers on them for the last couple of weeks. 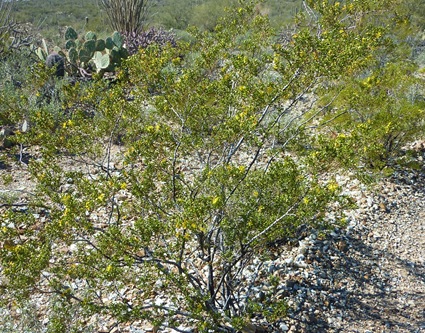 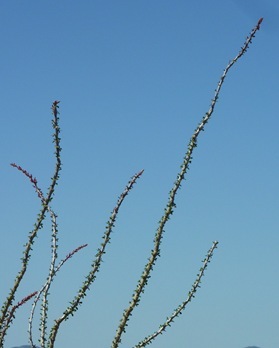 Some of the Ocotillo are starting to sprout their red tips. They are so pretty when they are in full bloom. 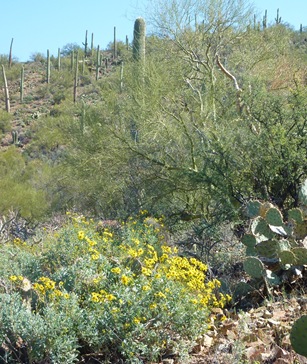 I also saw these pretty yellow flowering bushes. I don’t know what they are called, but up until today I’ve only seen them in people’s yards. It was nice to see them out in the desert.

We were pretty tired by the time we got home. All of our hiking while we’ve been in Tucson has been on pretty flat ground. So, today’s incline was a little more strenuous than what we’ve been doing. But, it felt good.

The last few days have been a bit cooler and overcast. I’ve been doing some sewing, and we’ve been working on a puzzle. I bought a new presser foot for my sewing machine which has a 1/4” guide for quilting. I should have gotten this foot a long time ago. It makes sewing the quilt tops so much easier. 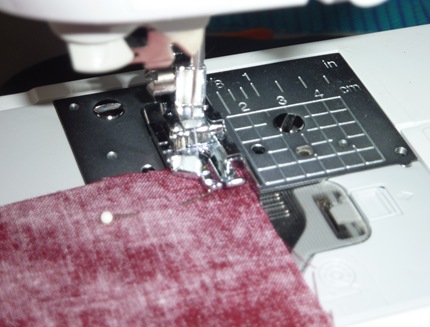 Posted by RV Khronicles of Kevelyn at 7:48 PM 2 comments: Links to this post