We're back from our nine day trip to Costa Rica, and I have much to share with you. The trip was great. We saw some amazing scenery and wildlife.

Our flight from Phoenix left at 11 pm and landed in San Jose, Costa Rica at 5 am. Luckily, the hotel had a room ready for us, so we were able to take a nap in the morning. The tour wasn't starting until the following day, but our local host met with us at the hotel and gave us all the information we needed.

We decided to take a local bus to the downtown area of San Jose. Quite a cultural shock. Traffic is crazy busy with motorcycles zooming in between lanes. I swear they have a death wish.

I had seen a listing on TripAdvisor for a central market in downtown, and that was our destination. It was rather amazing to wander through the maze of booths. Lots of strange food items and produce stands. We just looked. Neither of us speak Spanish, and it was somewhat overwhelming. 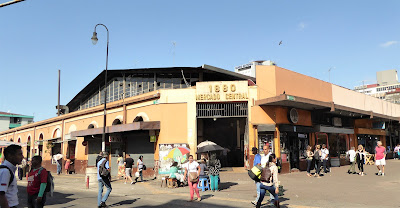 There was an old church across from the bus station. We didn't investigate it. The yellow and orange bus was the local city bus. It was a dollar each way. A nice public transportation system. 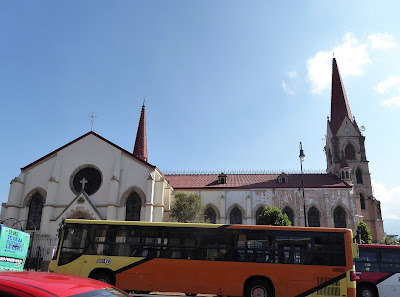 Early the next morning we were on our way to Tortuguero on the Caribbean Sea side of the country. I didn't realize how mountainous the country is. San Jose is in a valley surrounded by mountains and volcanoes. Here's a view of San Jose as we headed out. 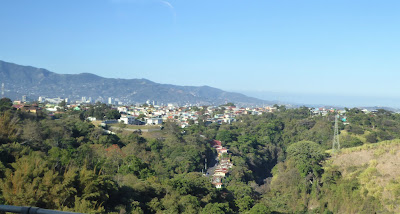 The six hour bus trip took us through Braulio Carrillo National Park with beautiful views of the central mountain region of the country. We stopped for an included breakfast along the way. This was our first experience with a traditional staple of Costa Rican meals. Rice and beans called casado. It is often served with fried plantains. Neither of us liked it very much. 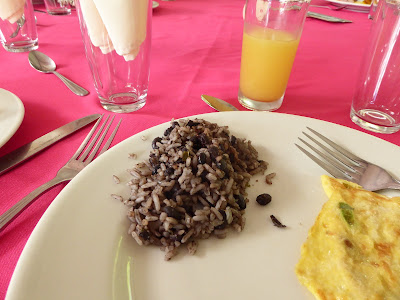 Outside of the restaurant people were clamoring to get a picture of a tiny frog on a tree. Little did I know that it was the famous tiny blue jean frog, and that it would be the only time I saw it on our trip. I should have tried to get a better picture, sorry it is so blurry. People were pushing in front of me. Below it is a picture from the web. 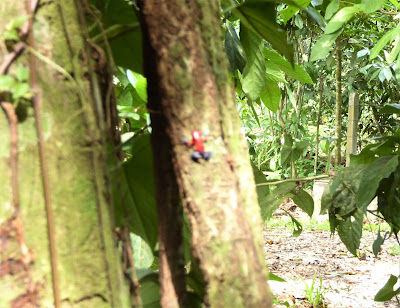 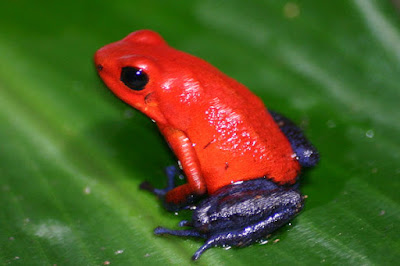 Costa Rica's main exports are pineapples and bananas. We saw produce stands like this one all over the country. The fresh fruit was outstanding!! 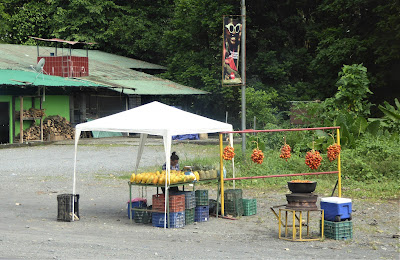 Along the way we drove past some banana plantations. We stopped for a few minutes to see how the bananas are processed.  In the field, the bunches of bananas are covered with plastic bags to protect from insects and sun. 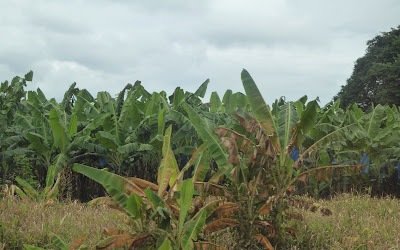 They are cut down and put onto man powered pulley tracks to be pulled to the processing center. 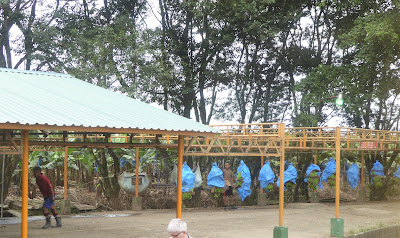 There they are cut off of the big bunches and put into large vats of water. 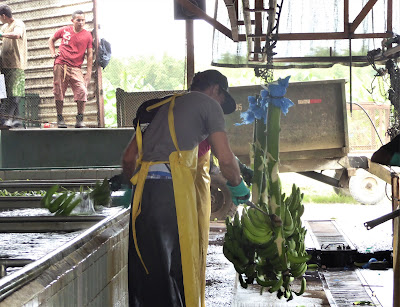 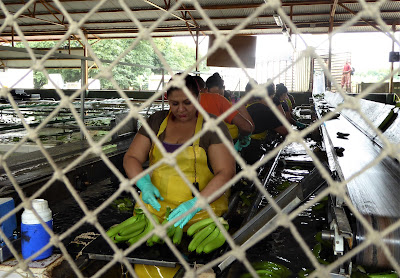 We arrived at the boat dock where luggage and passengers were transferred to boats for the second leg of our trip. Two hours on these boats to the rain forest in Tortuguero. There are no cars there, only accessible by boat. 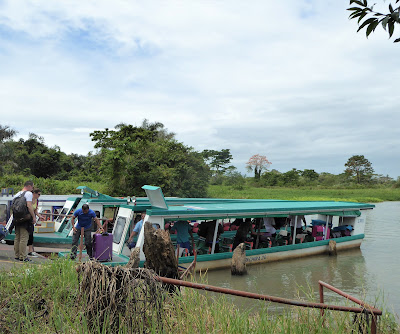 Part of the river was very shallow, so volunteers were needed to push the boat through a short section. These students from Denmark were up to the task. Are you getting the picture yet that this trip was quite an adventure, and it's just day one. 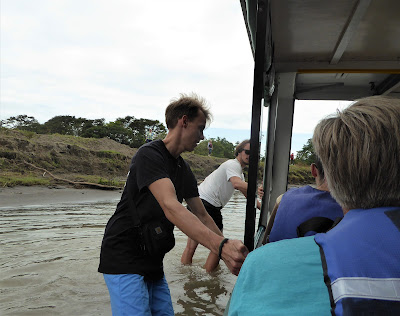 We arrived at the lodge and were welcomed with a fruity cocktail. Then off to our cabin in the rain forest and a quick lunch before our two hour boat tour of the rain forest. The lodge was very nice with a spa, pool, and restaurants. The rooms were in individual little cabins with only screens over the windows. No glass, no air conditioners, no TV, no mini fridge, just a beautiful little cabin in the forest. Wow! 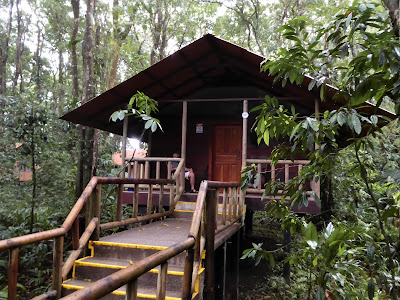 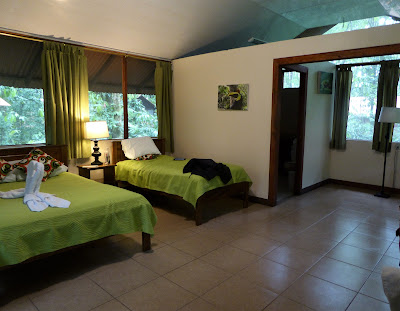 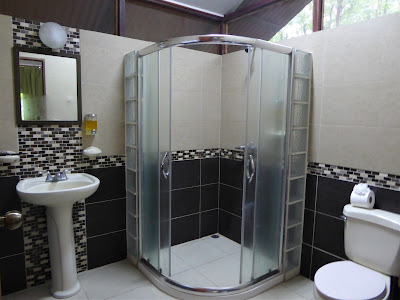 It rained off and on while we were here (after all it is the rain forest), but there are large overhangs on the cabins, so no rain came in. With just screens on the windows, the sounds of the rain forest were so amazing. That is until the howler monkeys woke us up at 5 am. They are VERY loud. In fact, they are considered to be the loudest land animal. It sounds more like a growl or roar, kind of between a lion and a bear.

My next post will be about the wildlife we saw in the rain forest. So much to share!!

Don’t wish upon a star – Reach for one!
Posted by RV Khronicles of Kevelyn at 9:54 AM 3 comments: Links to this post