We arrived at Gulf State Park in Gulf Shores, Alabama on November 11th. We spent our first week here relaxing and exploring in the park. We spent five days here in March of 2014 and wanted to come back this year for a longer visit. During the winter months, it is very hard to get a spot as the snowbirds fill up the park. Right now, there are many vacant spots making our visit super peaceful. Love it!

The park is huge with almost 500 full hook-up sites, which is unusual for a state park. Since our last visit, they've added a fifteen percent state park fee making the monthly rate around $700 which includes electricity. There are lots of biking and hiking trails, tennis courts, a nature center, golf course, laundry room and pool open in the summer. We've really been enjoying walking and biking on the trails. Several new trails and boardwalks have been added since our last visit, so at least they are using the added tax for improvements.

The beach is about a ten minute bike ride from our site. Kevin and I road our bikes there once, and I've gone back two more times by myself as Kevin is not much of a beach person.  I love watching the waves, hearing the surf sounds, walking in the water and along the shore. Each time I go, I see something new. 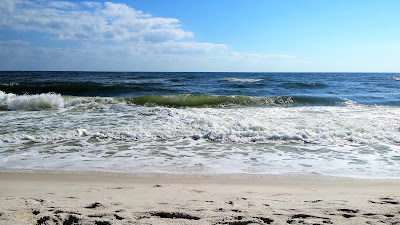 There are a lot of these birds; I think they are called least terns. 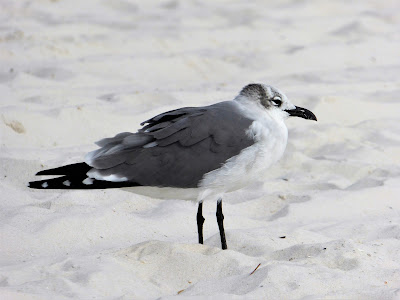 This heron was hanging around some fishermen. He was not at all shy, probably only five feet from the people. I was able to walk within a few feet of him before he flew off. 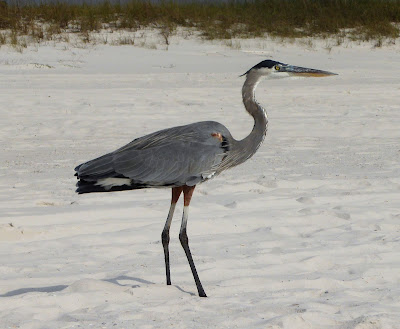 This strange creature washed up on shore one day. It looks like some kind of ray; I think it was dead. 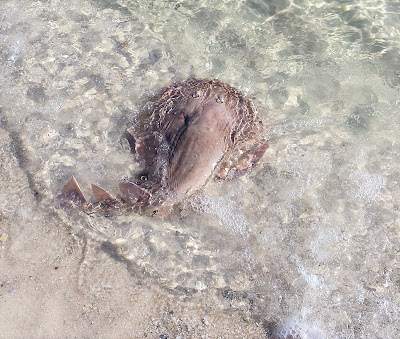 One day there were lots of jelly fish washed up. We saw them in Texas, but they had a blue look to them there. The ones here have pink markings. 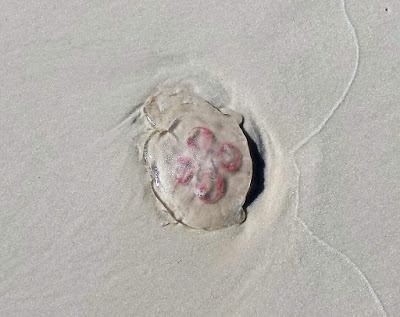 We've seen many birds and butterflies. These were right at our site. 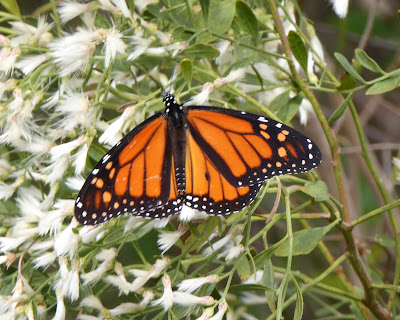 This is a mockingbird. When it flies, its wings are black and white; very pretty. 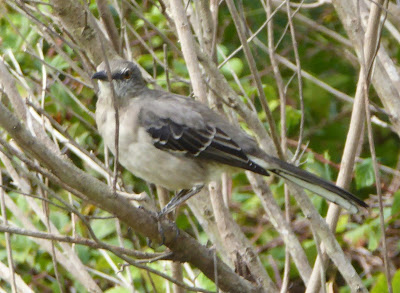 A few nights ago, the super moon was all the hype on the news. I tried to get a night time picture, but I don't know how to do it, and none of them turned out. This was the following morning, just before the moon set. Very beautiful. 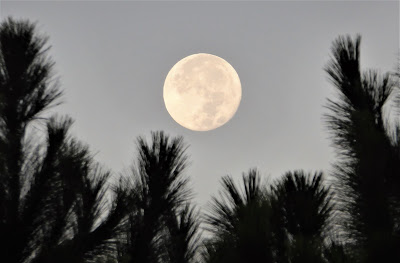 We've enjoyed spectacular weather since we left Wisconsin. Today a front is coming through which will drop the temps into the 60s for two days. Next week will be back in the 70s and sunny. We plan to golf next week.

Don’t wish upon a star – Reach for one!
Posted by RV Khronicles of Kevelyn at 7:50 AM 1 comment: