Golf Tournament and Other Happenings

We continue to stay quite busy here at the RV resort as we enjoy some really beautiful weather. At the end of January, we participated in the annual 5K run/walk inside the park. Believe it or not, a few people actually run. We walk with most of the rest of the participants. It's fun, and afterwards the park provides cookies, fresh fruit, and beverages. 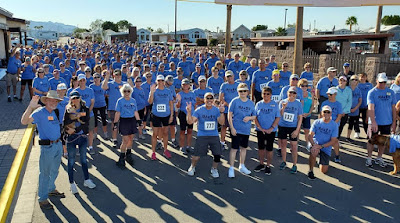 We've also attended a few concerts. This was a CCR (Credence Clearwater Revival) tribute band. They did a great job, and it was fun to hear the tunes from our younger days. 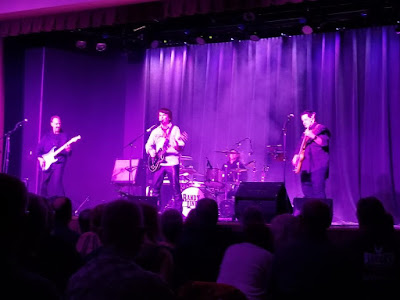 Last week was a Styx tribute band. The guitar player on the right actually toured with the original band for eight years. They were also good. Unfortunately, the ticket sales were not that good. Styx was popular during the late 70s and early 80s. Maybe just a little too recent for most people here to know their music. I only knew about half of the songs, but it was still a good show. 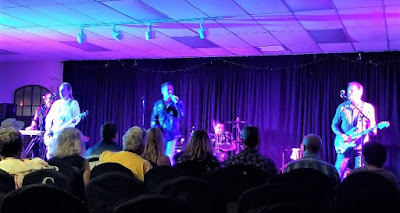 Every Wednesday afternoon I attend woodcarving. We are currently working on a wood spirit carved out of cottonwood bark. The group is growing, and we are filling up our room every week. 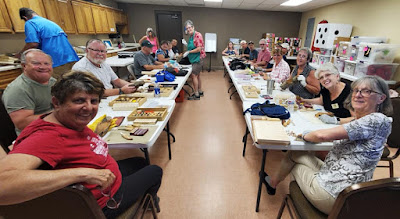 We continue to enjoy plenty of golf. In early February we played in the night golf event. It was so much fun. They do a great job setting up the course with solar lights and glow sticks at night. The glow in the dark balls are fun to watch as they sail through the night sky. Random teams are assigned, and then we play 9 holes in the afternoon, have a chili supper, and then play another 9 holes after dark.

Here's Kevin with Janet, one of his partners.

It was a full moon that night, Here it is rising over the foothills on hole number six as we played the afternoon round. It sure helped us see later in the dark. 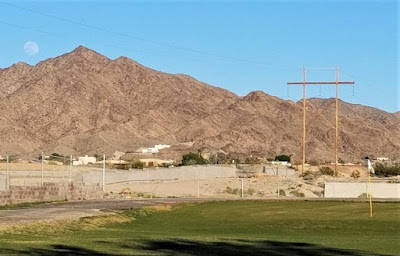 Last Wednesday we played in the mixed couples event with friends Rick and Cynthia. We had a great round and lots of fun. We even won some cash! 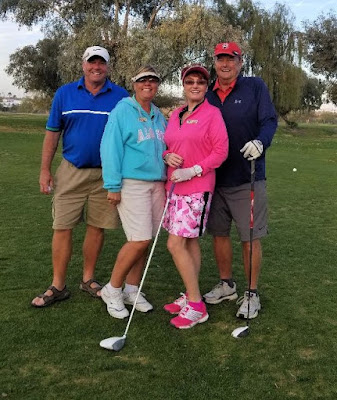 Yesterday was the annual Fortuna de Oro Golf Tournament. Teams are again picked randomly. It's a great way to meet new people, and have a great time. Here's my team. We lucked out with an afternoon tee time. The morning group got soaked with some rare rain showers. It usually only rains about once a month during the winter. 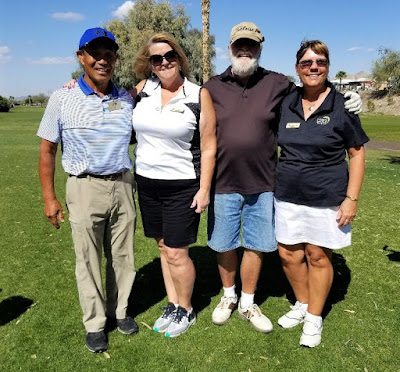 Each year there are more men signed up than women. The organizer of the event chooses some of the men to be "special ladies" to even out the teams. It's quite a big deal with many of the men wondering if they'll get picked. This year our good friend Syd was chosen. He makes quite a striking tall woman. He's on the right in his pink afternoon golf outfit. There is a dinner after all the golf has been played where these "special ladies" dress up in their evening attire. Since this has been going on for several years, there is quite a selection of wigs and outfits for these guys to choose from throughout the park.

Here is the group all dressed up for dinner. The laughter and fun we have is amazing. 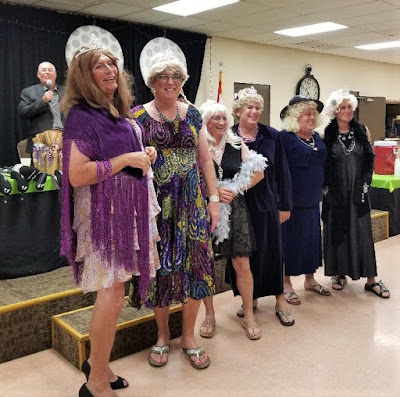 Although we play a lot of golf, it's not all we do. For example, last week the Three Amigos tequila company had free taste testing. I like it better mixed in a margarita. 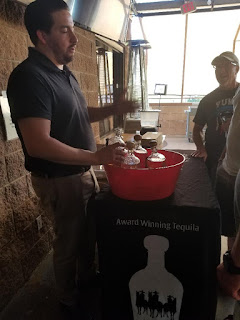 I also try to get to the quilting room as least once a week. We had a group lesson on the paper piecing technique. Here's the hummingbird I made. I think I may make it into a pillow. 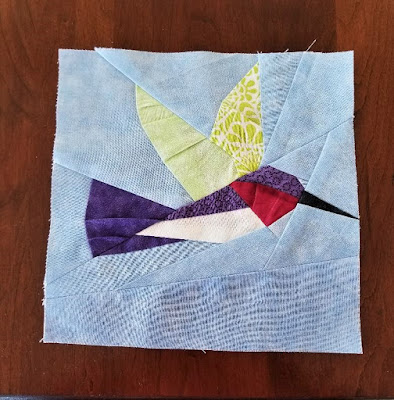 In the last few years several of the park models on our street have been sold. A group of us get together Friday nights after the golf scramble and have dinner, trading off on the hosting duties. Our group is called The New Kids on the Block. Ha, ha.  This past Friday we had a Mardi Gras themed dinner with hurricanes to drink, beads to wear, and a King Cake for desert. The sunset was spectacular. 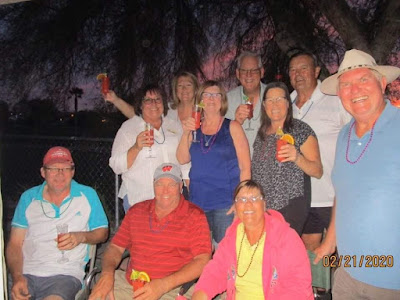 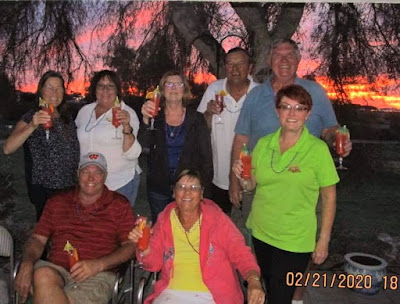 Cynthia does a great job of getting Kevin to smile for photos!!

So, as you can see another month of fun times is coming to a close. In March people start leaving. By May it is pretty much a ghost town.

Don’t wish upon a star – Reach for one!
Posted by RV Khronicles of Kevelyn at 9:10 AM 1 comment: