We drove along a Scenic Byway to Kanab, Utah where there is one of four visitor centers for Grand Staircase-Escalante National Monument. 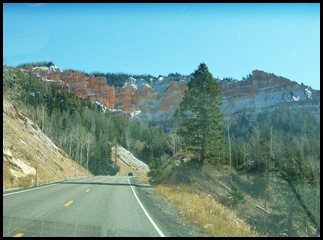 Along the scenic route. 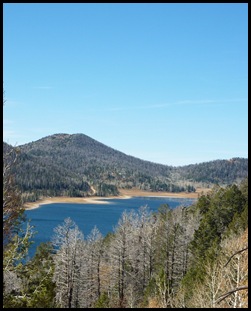 Navajo Lake is located along the scenic drive.  It was formed by a volcano.  There were numerous fields of black lava rock in this area which was an unexpected sight in the mountains of Utah.

Grand Staircase-Escalante National Monument was established in 1996 by President Clinton and is administered by the Bureau of Land Management.  It encompasses an area of 1.9 million acres.  The area is an outdoor laboratory allowing scientists from many countries and specialties to explore and research.  New species of dinosaurs, insects and reptiles have been discovered here.

It’s called Grand Staircase because of the rock layers, red rock, white limestone and a pink layer above that making it appear to be steps. 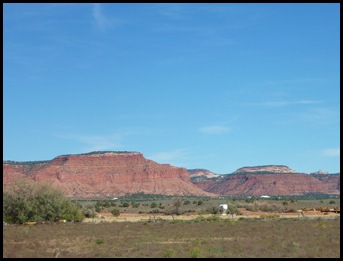 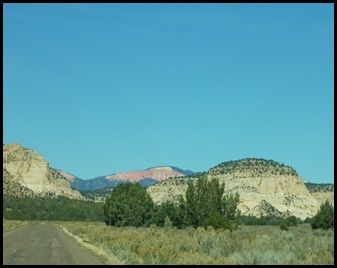 The white rock layer with the pink rock in the distance. 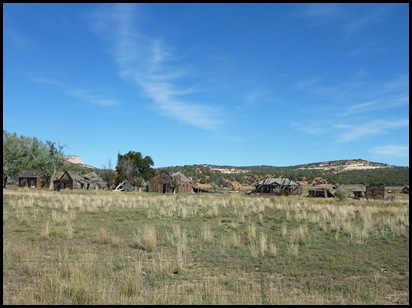 Along the way was the original set of the TV show Gunsmoke.  It’s not in very good shape anymore.

We took a different scenic byway on the return route which actually went through part of Zion National Park.  Here’s the entrance from the east. 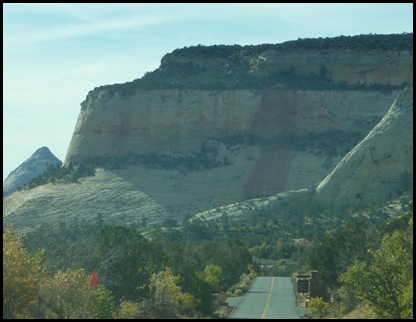 We’ll be returning to Zion later in the week.

I found out an interesting fact about the small town of Kanarraville we are staying in.  It was the first town in the country to have an all women’s fire department.  This town only has a population of about 240.  Way to go girls!

Posted by RV Khronicles of Kevelyn at 9:28 PM 3 comments: Links to this post