Today we visited the Lincoln Home National Historic Site.  It is a four block area in downtown Springfield that has been restored to the mid 1800s time period. The movie at the visitor center covered the time Lincoln lived in Springfield, and it was very well done.

The main feature of the site is the home Abraham and Mary Lincoln owned while they lived in Springfield.  It is the only home they ever owned. 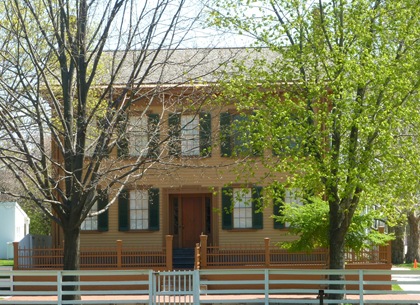 Lincoln came to Springfield at the age of 28 to be a junior partner in a law firm.  He lived here for 25 years and during that time got married, fathered four children, and was elected President. 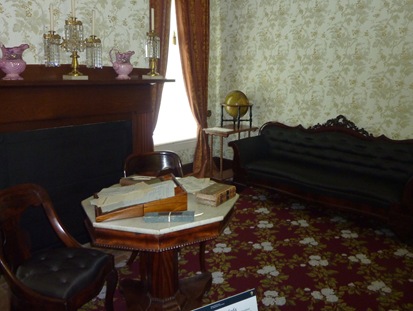 This room is the Back Parlor.  The couch is the original horse hair couch the Lincolns owned.  It is believed Lincoln was informed that he had won the presidency in 1860 in this room. 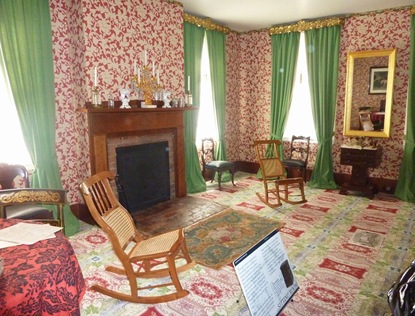 This is the Sitting Room.  The mirror was brought by Mary Todd when she moved to Illinois.  Under the mirror is her original sewing table.

The Park Service offers free tours of the house.  There are also two other houses on the block that have been restored and are open for self-guided tours.

We walked about six blocks to the Lincoln Presidential Library.  There is currently a Civil War exhibit which we looked at.  Across the street is the Lincoln Museum.  We didn’t have time to go through it today.  Maybe next time we’re in the area. 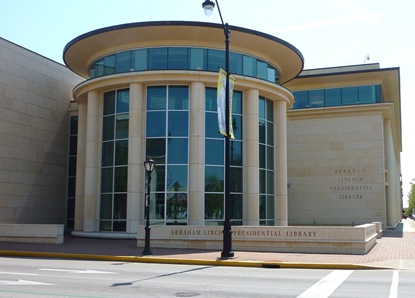 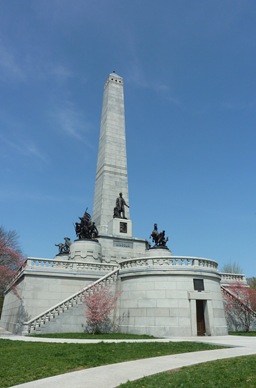 Our last Lincoln stop for the day was his grave site.  Lincoln is buried at Oak Ridge Cemetery in Springfield along with his wife and three of their four sons.  Those three children all died before they were eighteen years old.  Their only child to survive to become an adult was their oldest son, Robert Todd Lincoln, who is buried at Arlington National Cemetery. 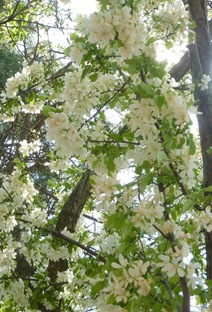 Spring has arrived in Illinois.  This apple tree was in full bloom.

And, I couldn’t resist sharing this beautiful tulip picture with you. 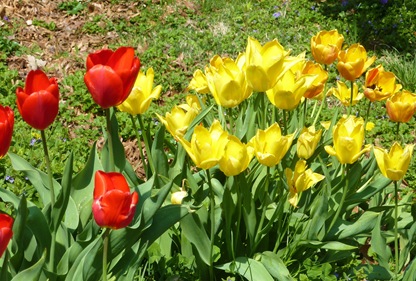 Posted by RV Khronicles of Kevelyn at 4:42 PM 4 comments: Links to this post