Valentine’s Day at the Seashore

Last week when we visited Padre Island National Seashore, we discovered they have a guided bird tour at 3 pm. We didn’t have time to stay for the tour on our first visit, so we planned to return this week for the bird tour.

Before we headed south, we stopped at the Port Aransas Microbrewery for lunch. We had read on a few blogs that the beer was not good, but we had heard they have good burgers. I don’t like beer, but Kevin had a wheat beer that he said was just fine. He had a burger which was good, and I had the special of the day Calzone. It was also good. So, our review of the place is everything was good, but nothing spectacular.

Thursday’s weather was perfect, and what better way to spend Valentine’s Day with your sweetheart than at the seashore. 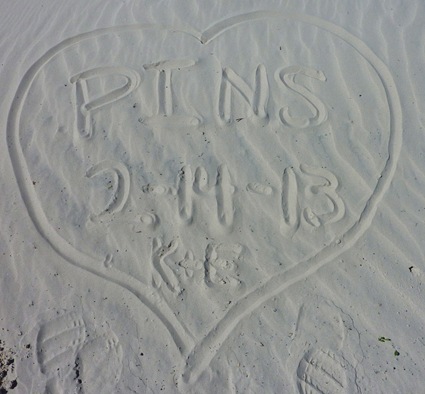 We got there early and spent an hour and a half walking along the beach. Last time we were here, the ranger told us that this tree was blown here by a storm about three years ago. A great place for a cormorant to perch for a rest. 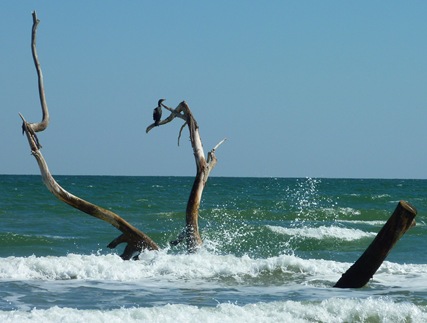 Six people showed up for the bird tour. A very nice volunteer couple were the guides for the day. They split us up into two park vehicles and off we went. We drove to an area that is closed to the public. One of the ponds had about 2,000 ducks in it, an amazing sight. The majority of them were Redhead Ducks. 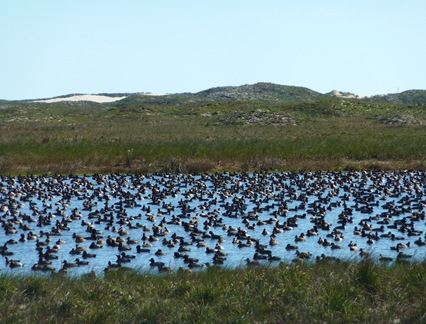 We drove past a storage area. All of this large debris washed up on shore after Hurricane Ike. To get an idea of just how big these items were, the green vehicle in the background is a garbage truck. The force of nature is incredible! 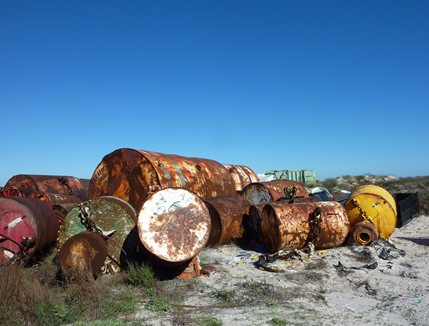 One of the water treatment ponds had many more ducks on it. There was a Peregrine Falcon perched on the fence looking for dinner. He’s a bit hard to see through the fencing. He’s perched on the backside. Click on the picture if you’d like to enlarge it. 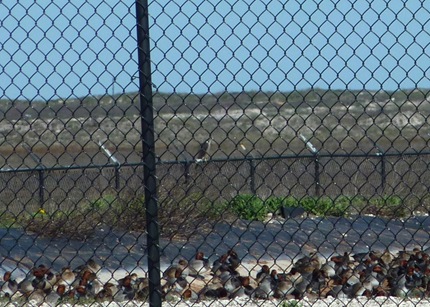 We also saw a White-tailed Hawk in a tree where it has a nest. The hawk is on the left and the nest is on the right about half way up the tree. That’s a large nest! 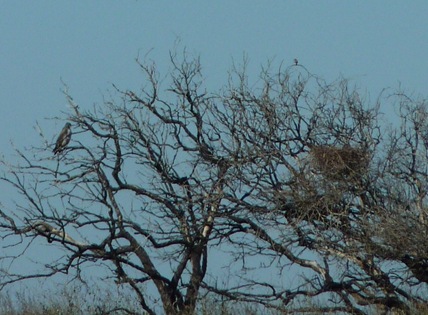 We saw Sandhill Cranes in a couple of different spots on the tour. These guys were on a dune and there are two more flying by on the right. Very cool!! 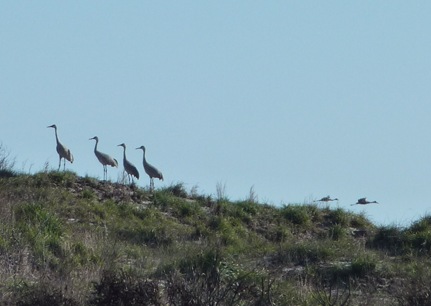 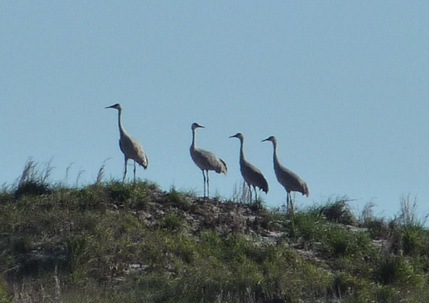 One of the great things about this tour was that we visited three different areas of the park, grasslands, Gulf of Mexico beaches and the Laguna Madre side.

On the Laguna Madre side we saw this Long-billed Curlew in the grasses where he was well hidden. 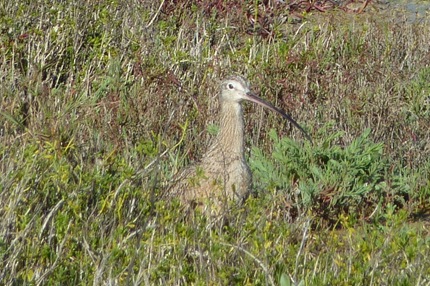 These Snowy Plover were so cute, but blended in so well with their surroundings that I would have missed them if our guide had not pointed them out. At the end of the two hour tour, we came upon another group of Sandhill Cranes closer to the road. 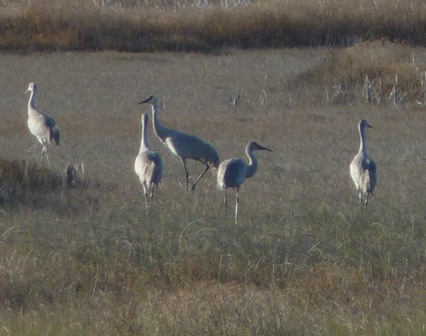 If you find yourself at Padre Island National Seashore, I would highly recommend the birding tour. Kevin is not interested in birding, and even he enjoyed the tour.

So, we had a wonderful Valentine’s Day together. Life is definitely good!!