In previous years we have spent the month of March at an RV park in the Phoenix area so we could attend some spring training baseball games. Now that we have purchased a home in Yuma, we will no longer be spending the entire month in Phoenix.

However, we are still baseball fans; so we drove up to Phoenix last Wednesday to attend a game on Wednesday. We spent the night at a hotel and attended the last home game of the spring training season for the Brewers on Thursday. 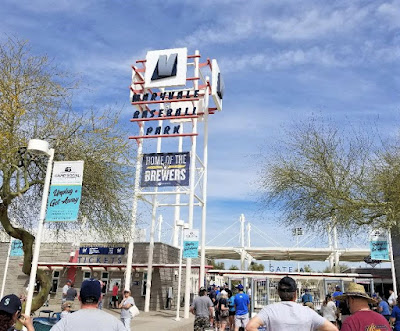 These beautiful roses were blooming outside the main gate. 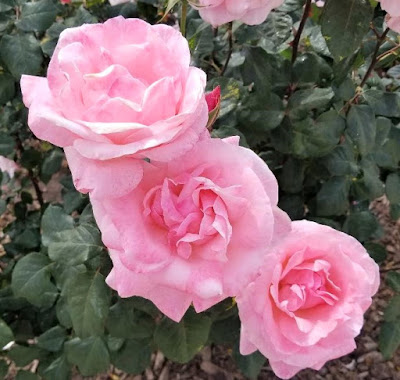 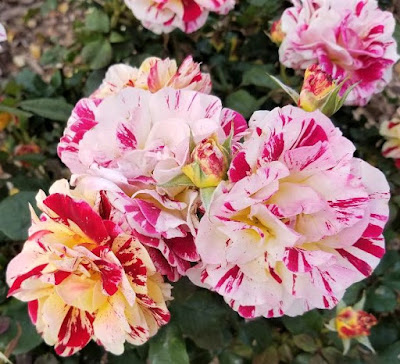 The Brewers have been playing their spring training games at Maryvale Park in Phoenix for many years. It is one of the oldest ball parks in the Cactus League. In recent years, many teams have opened new state of the art facilities. The Brewers have committed to spending nearly $60 million dollars during this next off season to do a complete overhaul of the Maryvale Park. The city of Phoenix is contributing $10 million. The work is promised to be complete by the end of next February when spring training 2019 starts.

We'll be very interested to see what the improved facility will look like. We really enjoy games at the Brewers stadium. There is a very family friendly feel to the place. Some of the newer parks have a bigger feel to them, not nearly as fan friendly. We hope the Brewers can put together a more modern facility, but keep the fan and family friendly aspects of the current park.

On Wednesday evening we were invited to dinner at friends Jim and Jane's place in Cave Creek, north of Phoenix. Kevin, Jim and Jane all grew up in the same neighborhood. Kevin and Jim attended the local Catholic grade school together and then both went on to attend Boy's Tech High School in Milwaukee, Wisconsin.

They lost touch after high school, but through the magic of the internet and Facebook, we reconnected with them in the last few years. Jim and Jane moved to Arizona several years ago. They have a beautiful home on the outskirts of the Phoenix area. We arrived just in time to see some wild javelinas behind the back fence of their property. They look kind of like pigs, but are actually members of the peccary family, a group of hoofed mammals originating from South America. We've seen them in captivity and at a distance, but this was the first time we saw them up close. 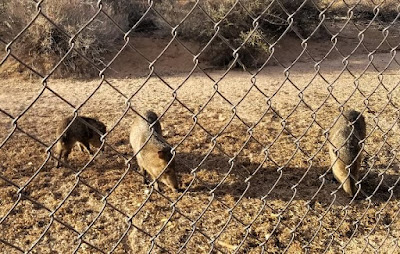 We enjoyed a wonderful dinner that Jim and Jane prepared for us and a great visit. Thanks so much for inviting us. We're hoping they can visit us this summer in Beaver Dam when they return to Wisconsin to visit friends and family. Thanks to Jane for taking the picture. 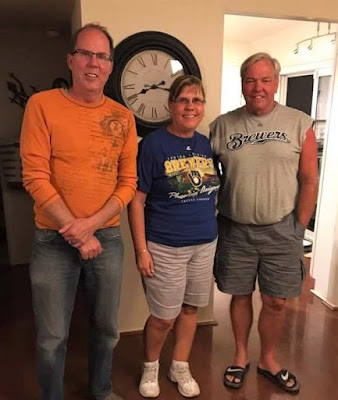 This afternoon we will finally take possession of our new home. We've owned it for about two months, but had agreed to let the previous owners stay until the end of the season. We're leaving on April 4th, so will not have much time to really do anything with it. A new mattress is being delivered and the termite people are coming to spray this week. We'll check everything out, close it up for the summer, and start fresh next fall. I'll post some pictures in my next entry.

Don’t wish upon a star – Reach for one!
Posted by RV Khronicles of Kevelyn at 10:25 AM