This is our first visit to Montgomery. We’re staying at Gunter Hill Corp of Engineers Campground on the Alabama River about ten miles outside of town. This is a very nice park. There are two campground loops. The newer loop has full hook up 50 amp sites and less trees for a better chance of getting a satellite signal. That loop was full when I made our reservation due to spring break.

We’re in site #99 in the older loop with 50 amp electric and water, but no sewer. There are lots of trees so no satellite for the four days we are here. The sites are big, but a little tougher to get into. Our site is on the bend in the road, so Kevin was able to back straight in. It’s a large site on the river so we have a nice view out of our back window. 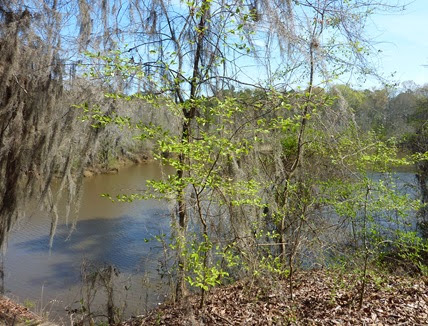 There are lots of boats with people fishing for us to watch. We saw something new to us on Monday. A boat came by and dropped several of these white buoy type things into the water. They came back a couple of times to check them and then removed them before dark. Does anyone out there know what they were fishing for with these? 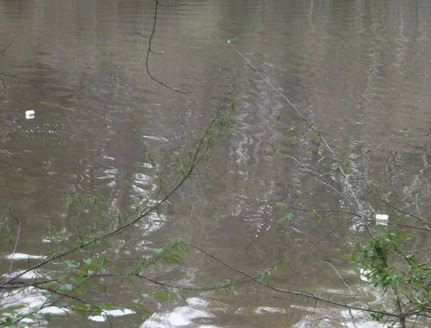 Lots of trees are beginning to bloom including the red buds. I love how lacey they look. We’ve seen some massive magnolia trees, but they are not flowering yet. Too bad! 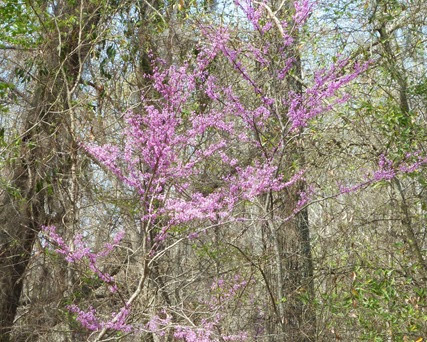 Yesterday morning I woke up early enough to witness a beautiful sunrise through the trees. Don’t you love how the sun is peaking through all the hanging Spanish moss! 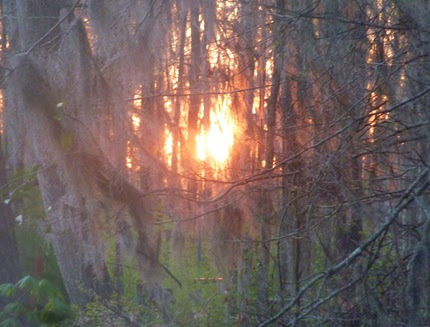 It’s been cool here this week with highs in the low 60s. Last night it actually dropped to freezing for a few hours. Listening to the news people, you’d think it was a major disaster. Although, to be fair these are the average temperatures they have in January, so they are not used to it. I’m happy the sun is shining. Yesterday was to be the coldest day we’re here and rather windy, so we drove into Montgomery to tour the capitol building. 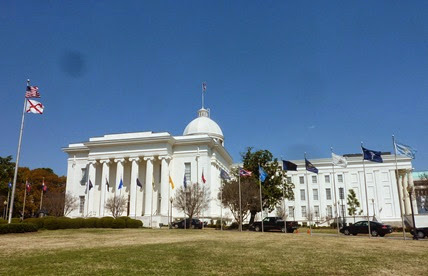 Guided tours are only available on Saturdays, so we did a self-guided tour. We couldn’t find the main entrance, so went into an open door. There was no security guard in site. We just walked right in. The building was built in 1851. In 1985 the building was closed for a seven year renovation project. The state government offices moved to buildings surrounding the Capitol. After the renovations were completed, they never came back. The senate, legislatures and supreme court are all now housed in some very nice buildings all around the capitol square. 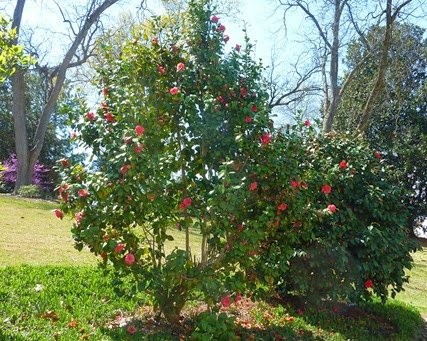 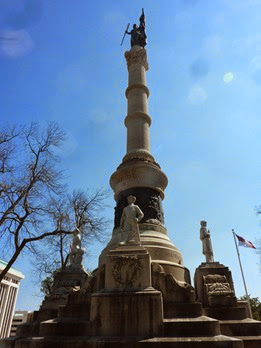 There are several statues on the grounds of the Capitol, as well as some plaques about Alabama history. This is a monument to the Confederate soldiers.

The Capitol building itself is now mainly a museum with some government offices still in use. We spent about an hour looking around. The senate, supreme court and legislature chambers have been restored to what they looked like in the late 1800s. It seems a waste that this huge building is so underutilized. 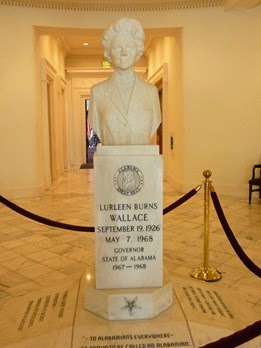 The lower level of the rotunda had pictures of some of the more prominent governors including George and Lurleen Wallace. I never realized that Mrs. Wallace was also governor of Alabama. She only served two years and died in office at the age of 42. I guess politics was not very good for the health of either of the Wallaces. Much of the history of Montgomery revolves around either the Civil War or the Civil Rights Movement. 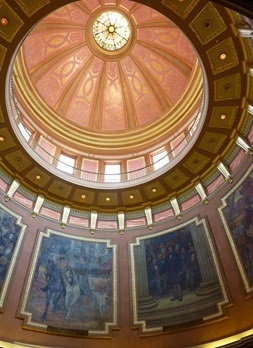 The rotunda has murals depicting the history of Alabama. The Alabama capitol was where Jefferson Davis was inaugurated as the president of the Confederacy in February, 1861. In May, 1861 the capitol of the Confederacy was moved to Richmond. 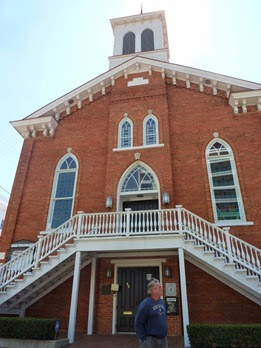 About two blocks from the Capitol is the Dexter Avenue Baptist Church, built in 1855. Martin Luther King, Jr. was the pastor at this church from 1954 to 1960. King organized the Montgomery bus boycott from his office in this church in Dec. 1955. We saw on the news that Montgomery is already planning for the 50th anniversary next year of the famous march from Selma to Montgomery. They are expecting tens of thousands of people here next year in March to commemorate the anniversary.

Located directly across the street from the Capitol is the First White House of the Confederacy. Jefferson Davis and his family lived here from Feb. through May of 1861 before moving to Richmond. 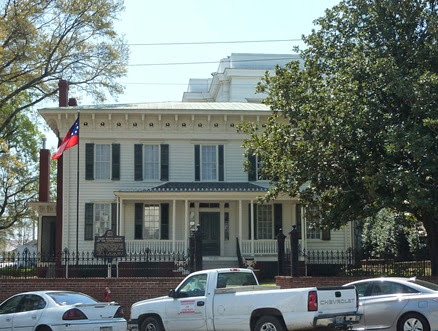 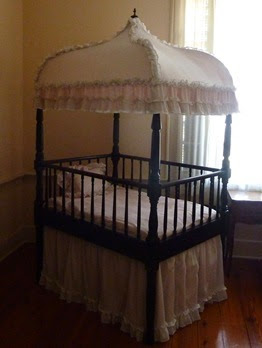 The house is fully furnished with many of the items having belonged to the Davis family. There was no fee to take a self-guided tour. One room was full of relics of Davis’ life. I loved this baby bed. What an awesome piece of furniture. We spent a couple of hours yesterday learning about the history of Alabama. I must say I’m very impressed with the city of Montgomery. The downtown area was nicely restored and clean. We ran some errands while we were out yesterday, and everywhere we went looked well taken care of and clean.