On Wednesday we visited yet another fabulous National Park.  At Mesa Verde archeologists have found more than 4,800 archaeological sites including 600 cliff dwellings in the cliff alcoves above Montezuma Valley.  These dwellings, many of them being multi-storied, date back to 500 to 1300 A.D. and are remarkably preserved.

The most famous site is called Cliff Palace.  It is the largest cliff dwelling in North America, has over 150 rooms, and is estimated to have been home to about 100 people.  The only way to tour the site is by signing up for a ranger-led tour.  It was $3 a person, and well worth the cost.  The tour was very informative, and the dwelling was amazing.  Some sections are four stories high.  The cave section goes back 90 feet, and there are rooms all the way to the back.  It is believed many of these rooms were used for food storage. 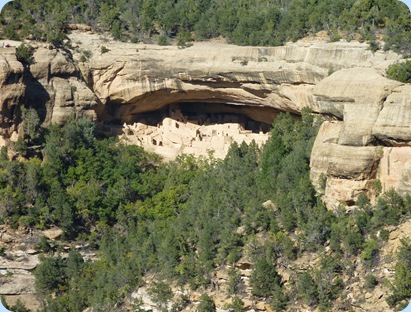 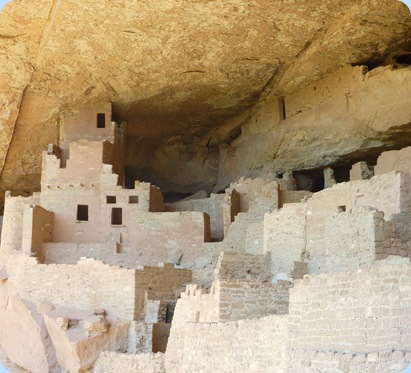 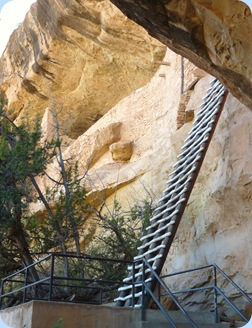 We also toured Balcony House which was another dwelling accessible only by signing up for a ranger-led tour.  To get to this one, we had to climb a 32 ft. ladder.  To get out, we had to crawl through two rock tunnels on our  hands and knees and then climb more ladders.  I’m really glad we’re young enough to do these more strenuous types of tours. 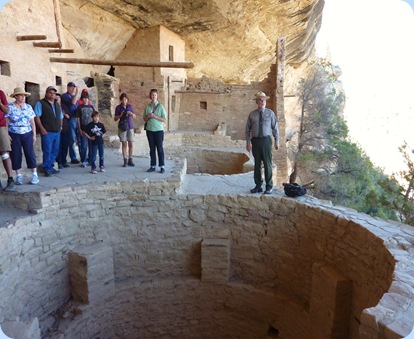 Spruce Tree House is a dwelling accessible to all park visitors.  We walked down 1/2 mile into the canyon to see this one. 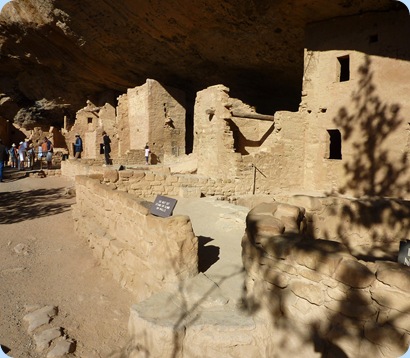 From there we hiked another 2.4 miles to see some petroglyphs.  This was my idea.  I didn’t realize we’d be hiking along the side of the cliff face.  It was quite strenuous, but the payoff was pretty cool. 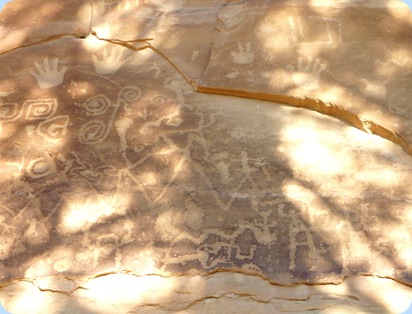 And in case you want to see more, this cliff dwelling is called Square Tower House. 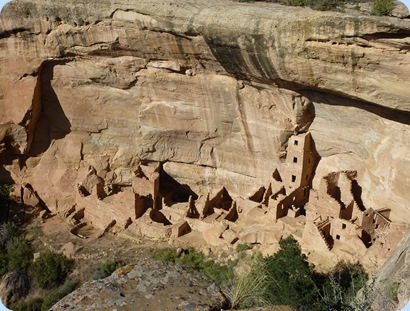 Right now we’re headed from Colorado to Moab, Utah to see Arches National Park and a few other sites.  What a beautiful drive!  The weather is still fantastic.  Highs today are expected to be in the 80s!

Thanks to those of you that commented on our air card problems.  We did finally get it resolved with them, and we again have internet service although this air card keeps going dormant causing us to have to frequently hit the refresh button.  We didn’t have that with the first air card.  Doesn’t it always seem to be something :)