Wednesday morning brought rain showers and lots of clouds. The local news said the dawn patrol was cancelled and the mass ascension was on hold. Around 7:30 am the first balloon displaying the American flag went up. The rain had stopped and the sun was glowing under the clouds. 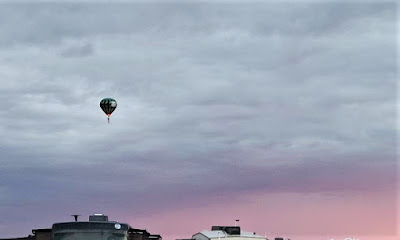 Kind of a cool perspective with the clouds. 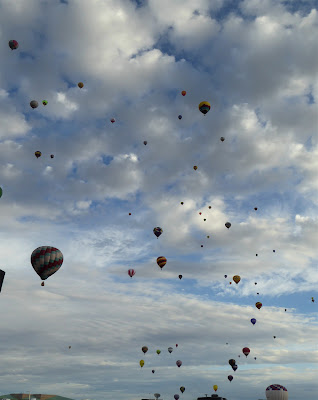 It seemed that due to the clouds, many of the balloons were having trouble getting high enough. Several landed amongst the RVs. The University of Kansas Jayhawks balloon came in close for a great photo op. Oops, a little too close as it landed at the end of the row behind us. Across the street are powerlines. That's a bit too close for comfort. 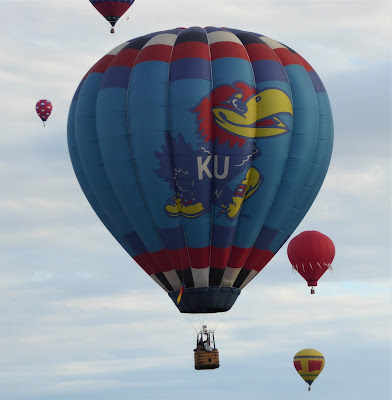 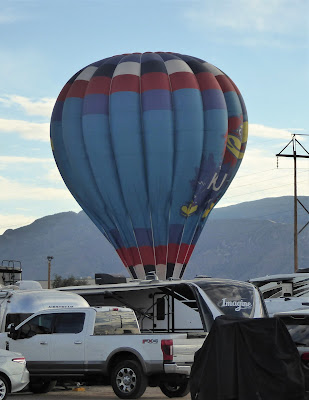 I had not seen this guy before. He did not have a gondola basket. He was sitting in a sling type chair with the propane tank under the seat. That doesn't look very safe. He came in right behind us and landed next to the motorhome on the side of us. 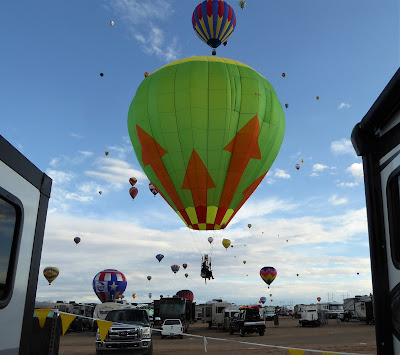 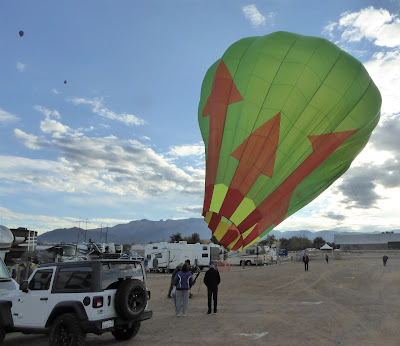 Another landing next to the RVs. 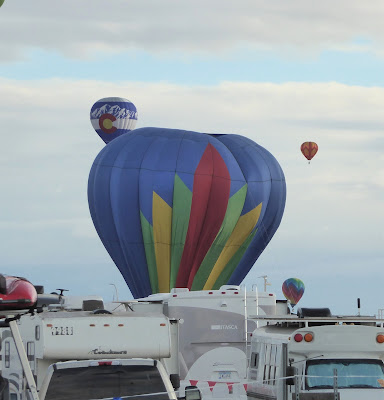 Today at the opening ceremonies they recognized the International balloons and pilots. I think this balloon is flying the flags of the countries represented. 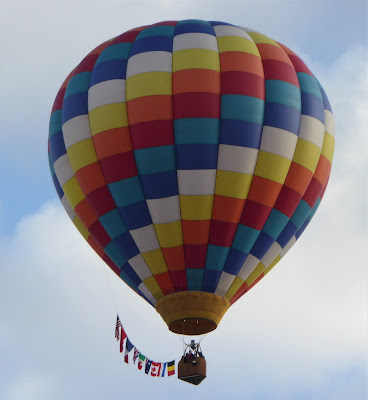 I did some research into the whole hot air balloon hobby. A pilot needs a special license to fly them. Used balloons cost between $7,000 and $15,000. A new custom balloon can be over $40,000. They use propane which adds to the cost. Not an inexpensive hobby for sure.

After seeing all of these balloons, I'm so impressed with the skill of these pilots. The weather and wind conditions are constantly changing. They managed to fly safe every day with only a few mishaps and no injuries. Kudos to them all!!!

After watching the balloons this morning, we hooked up and left the grounds. Lots of RVs were leaving today. I think a new crop is coming in for the second half of the fiesta.

Tomorrow we should be home in Yuma!!