Days 12 and 13 of our Panama Canal cruise were at sea days on our way to Tampa. There were several fun events planned for those days. The event I enjoyed the most was the International Parade of Nations. Crew members from over 60 countries working on the ship were able to carry their nation's flag in the parade. After they all lined up on the pool deck, each country was introduced. Some of them did native dances as they were introduced. It was a fun and moving event. Ukraine was given a great deal of applause. If only the rest of the world could come together in friendship and respect as was shown at this parade. 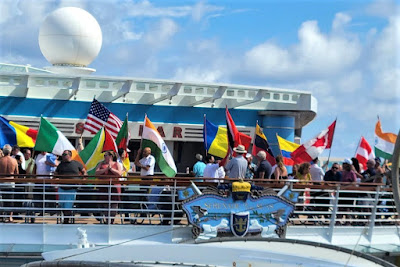 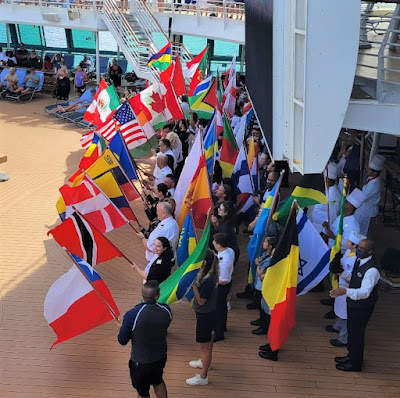 Earlier in the cruise, we had been told that it had been Captain Stig Nilsen's 40th Panama Canal crossing on this trip. The crew presented him with a plaque commemorating that momentous achievement.

Our ship, Serenade of the Seas, had spent the summer doing Alaska cruises. Our cruise was actually a repositioning trip to take it to Tampa for the winter Caribbean cruises. The captain thought it would be fun to bring ice from an Alaska glacier through the canal. At the parade, the ice was brought out for everyone to see and touch. There must have been extra space in the freezers. 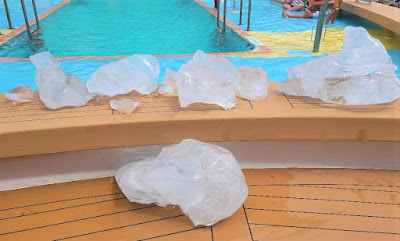 It was another beautiful day for a picture. 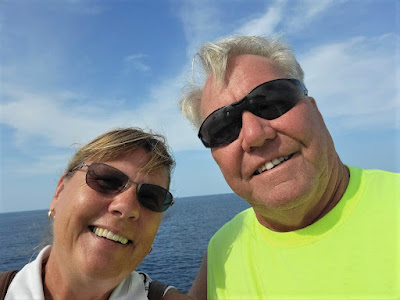 We had another formal night, and I was able to convince Kevin to have our picture taken. 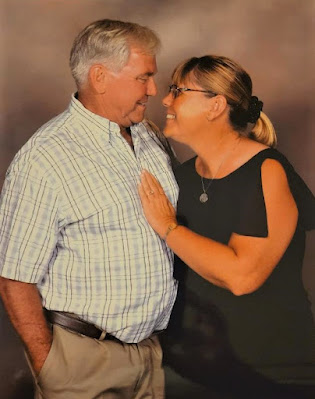 That night they had a thank you party in the atrium with free champagne. I didn't stay up late enough, but Kevin said it was very crowded. There was even a balloon drop. Here they are ready to go. There were thank you balloons on the railings on all levels. 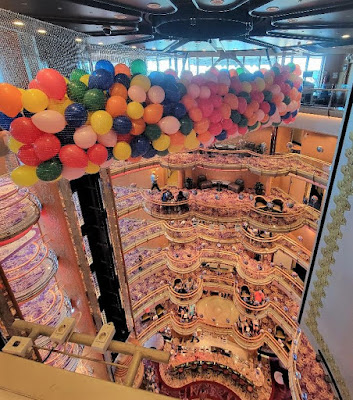 The full moon was beautiful! 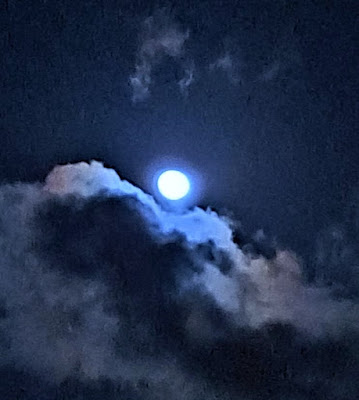 The final day they had a roast pig in the Windjammer Cafe. 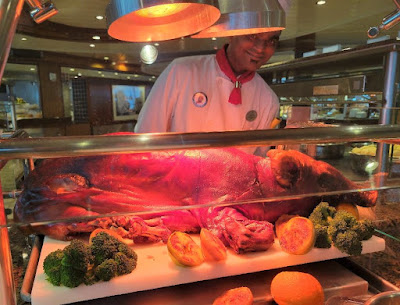 And, a very tasty raspberry cream cake as a thank you dessert. Outstanding!

We had no problems at the airports or with our flights from Tampa to Miami, and Miami to Los Angeles. As we rose into the sky from Miami, there were thunderstorms in the area which made for some interesting clouds. 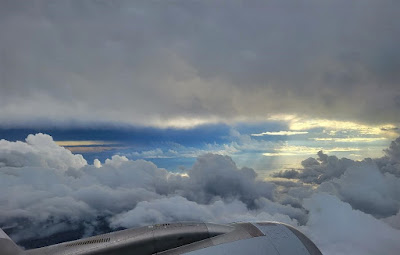 We had left our car at a park and stay hotel in LA, and flew back to pick it up. The drive back to Yuma was interesting with an hour of thunderstorms and then some heavy fog in the higher elevations of California between San Diego and Yuma. Kevin did a great job getting us home. And, so ended a wonderful trip with memories that will last a lifetime!